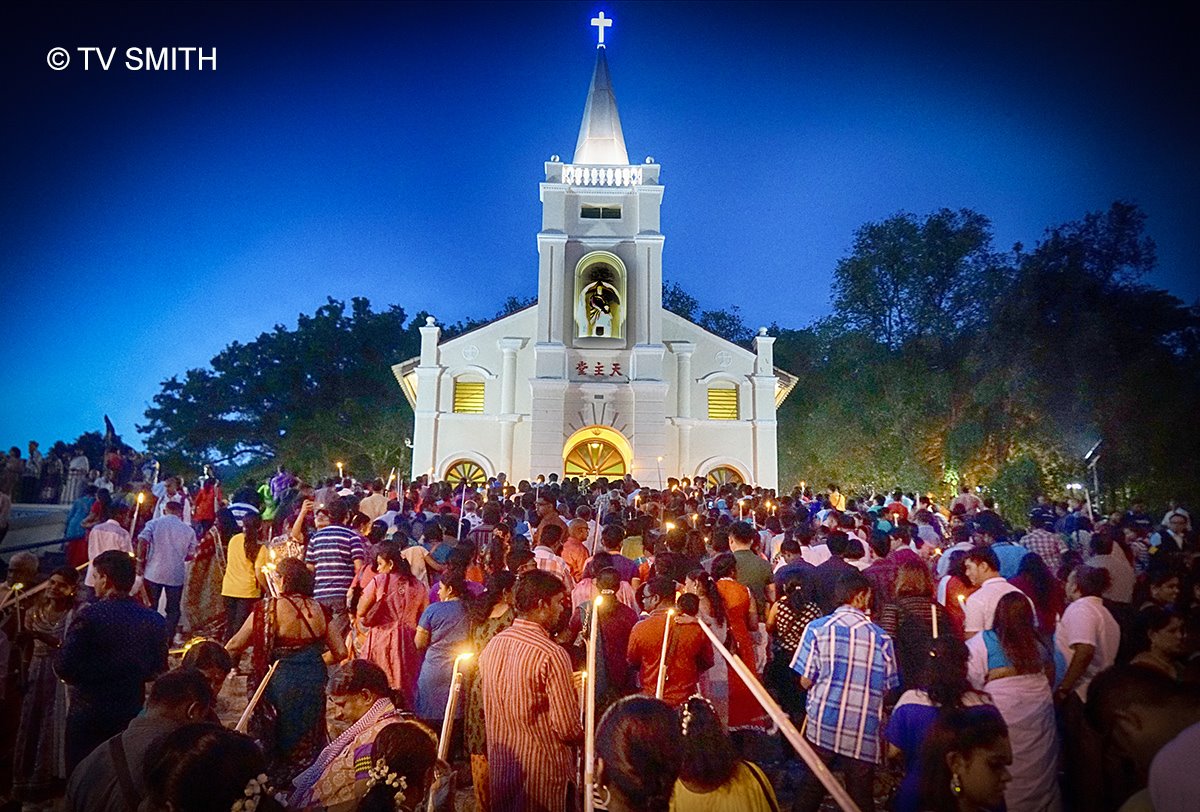 I think it was 2004 and there were thousands of pilgrims at the holy site. I spoke to an anonymous Christian man from the Borneo state of Sabah. He told me he was grateful to one man, besides God. Taken aback, while standing next to a grotto, I asked him who? He said it was the owner and founder of budget airline AirAsia who allowed him and his family to make a pilgrimage from Sabah for the first time, for which it will otherwise be unaffordable to him, as in previously. The honest and simple man told me he is illiterate and didn’t know how to convey his appreciation to the correct person. By God’s will. he picked me out from the sea of crowd and came to the right person.

I conveyed what he said To Sir Tony Fernandes via Twitter @tonyfernandes immediately and Tony was quite pleased.

Remember to book or find your hotel at MyCen Hotels by searching for Penang or Bukit Mertajam from my site at http://www.mycen.my/
Picture of pilgrims congregating on the steps of the shrine in 2016.