The word Jakun is used to described a country bumpkin or greenhorn who is amazed by seeing something new for the first time. The word somehow entered the vocabulary of both the Chinese and Malays. Jakuns are an actual orang asli tribe and it is derogatory and disrespectful towards the Jakuns to associate them with ignorance and for being unrefined and uncivilized. I think the word is usually used without malice and it has no replacement or perfect synonym.

I will begin a new series on self deprecating Jakun moments during travel. Me and Emily Lowe visited both the new casinos in Singapore – RWS and MBS when they opened in 2011. We two Jakuns went ‘”Wah” when we saw a Lamborghini offered as Jackpot prize. Can’t remember if this was Resorts World or Marina Bay Sands. I can remember I entered both and played wearing short dockers or cargo pants or khakis. We Jakuns thought only a long sleeve batik shirt or a clip-on necktie were compulsory after years of grounding in Genting. 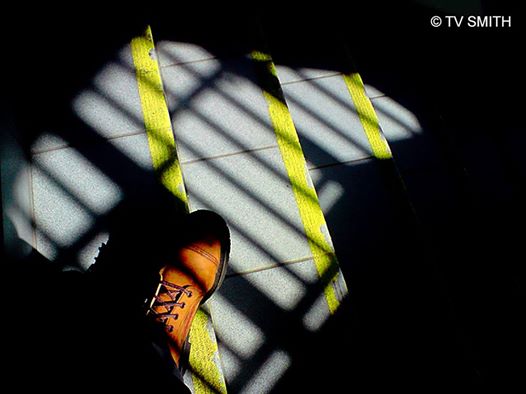 One of the most striking thing about Macau is the taxi driver don’t talk in the journey from the airport and during other trips. Maybe it is just me but I hate chatty cabbies. When you arrive at a strange new destination, there are many things on your mind and you hate small talk. The Malaysian ones are horrible. Being down liners for some pimps, they will shock passengers with “Sir, you want young Thai chicken?” “You mean spring chicken? No thank you. I had some on the plane,” I will reply.

I know some cabbies are trained to make small talk. When they ask about your country of origin, it is meant as an ice breaker. It is a trap and you will regret it. In Singapore, the driver went on a long rant about how he broke the system at “Gent-Ting” casino when he found out where I was from. To stop the non-stop boast, I had to ask him why he was still driving a cab. That worked.

Anyway, we took another silent cab ride to the Venetian Macau, the luxury hotel, casino, shopping mall and convention centre. The Vegas style building is reportedly the largest casino in the world.

It wowed us with its fake blue sky ceiling and Venetian canals in its massive shopping mall. It was where GSMA Mobile Asia Congress was held. Now Mobile World Congress, I think. Speaking of casinos, we stayed at the posh Mandarin Imperial.

Because of casinos nearby, there was a pawn shop outside our hotel. The Chinese always buy a Rolex instead of fancy dress watches because a Rolex has a known resale value and can save the owner. I think it was quite practical of Macau authorities to allow pawn shops as there will be fewer suspicious Ah Long types hanging outside the casinos.

We did the usual touristy thing, walked the old town, going to the The Ruins of St. Paul’s and searching for Portuguese egg tarts! Macau is such great place as it is just an hour ferry ride from Hong Kong. We took a hovercraft (hydrofoil ferry) and then (MTR Mass Transit Railway) to the city. What an adventure without Waze!

Although the Mandarin Hotel was expensive (paid for by host LG), it didn’t offer free wi-fi then. They wanted another USD 15 a day for internet access via network cable. Those were the days when hotels thought they found a goldmine after losing the previous revenue gotcha. Your parents will remember how expensive it was to make use of the phone in the room, even for domestic calls.

Mobile phones wiped out that business model. The phones can kill the hotels’ wi-fi charging too but telcos decided they can make a killing too with data roaming. I checked today and the Mandarin Oriental Macau and Venetian Macao now offer free wi-fi just like many hotels at http://www.mycen.my/agoda/

Macau is official while Macao, the old Portuguese spelling found some love with hipsters all of a sudden. I don’t know why.

As I mentioned, I lost the Macau pics except for a few Hong Kong ones on my blog. This pic was a shot of my hardy Red Wing boot on the Ferry Terminal.

This post is dedicated to the late Lyn Chew of West Coast Communications who took care of us well on behalf of LG Korea. See also earlier post – Memories of Hong Kong.