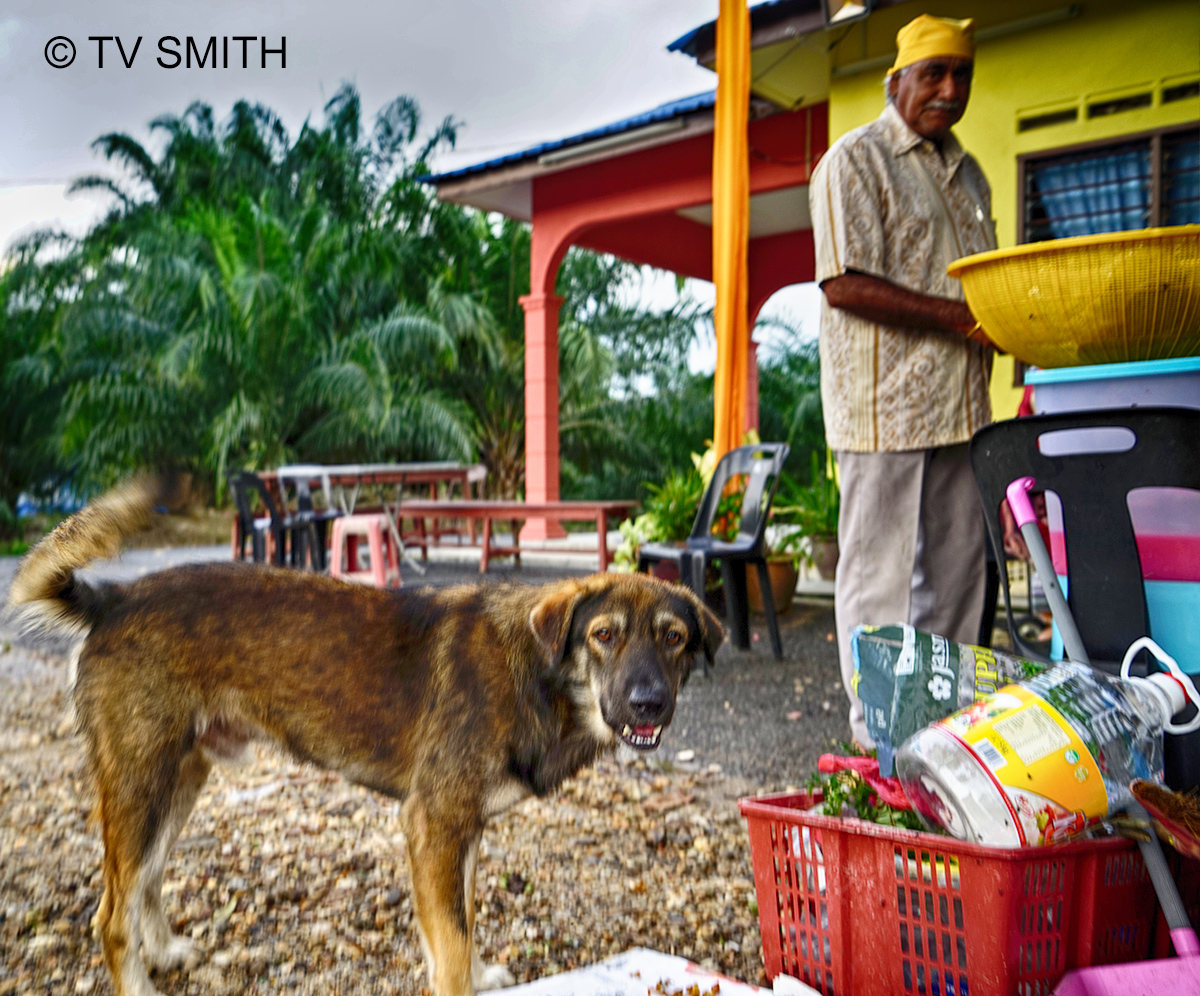 Burly temple president and community leader, Gurcharan Singh, was like Chuck Norris to me. Dogs walk away and children quiet down when he stares. The last temple priest ran away. He came to sit with me and chat when I ate.

We talked about the temple’s century old history,

I was nervous when I wanted to tell him that conservation of a heritage building is not about about flattening it and rebuilding from ground up. The truth is he is a gentle giant, He feeds the dog with leftover food but no meat. Meat is not allowed near the temple, he stressed. The kampung is much misunderstood too.

In seeking directions in my search or hunt, many Malay villagers from outside warned me about Kampung Singh’s aversion to outsiders. “Tidak campur” (do not mix), they cautioned me. I started to think they might be like an insular Amish community. In fact, outsiders were insular and ignorant. The inhabitants were warm and friendly when I engaged them. 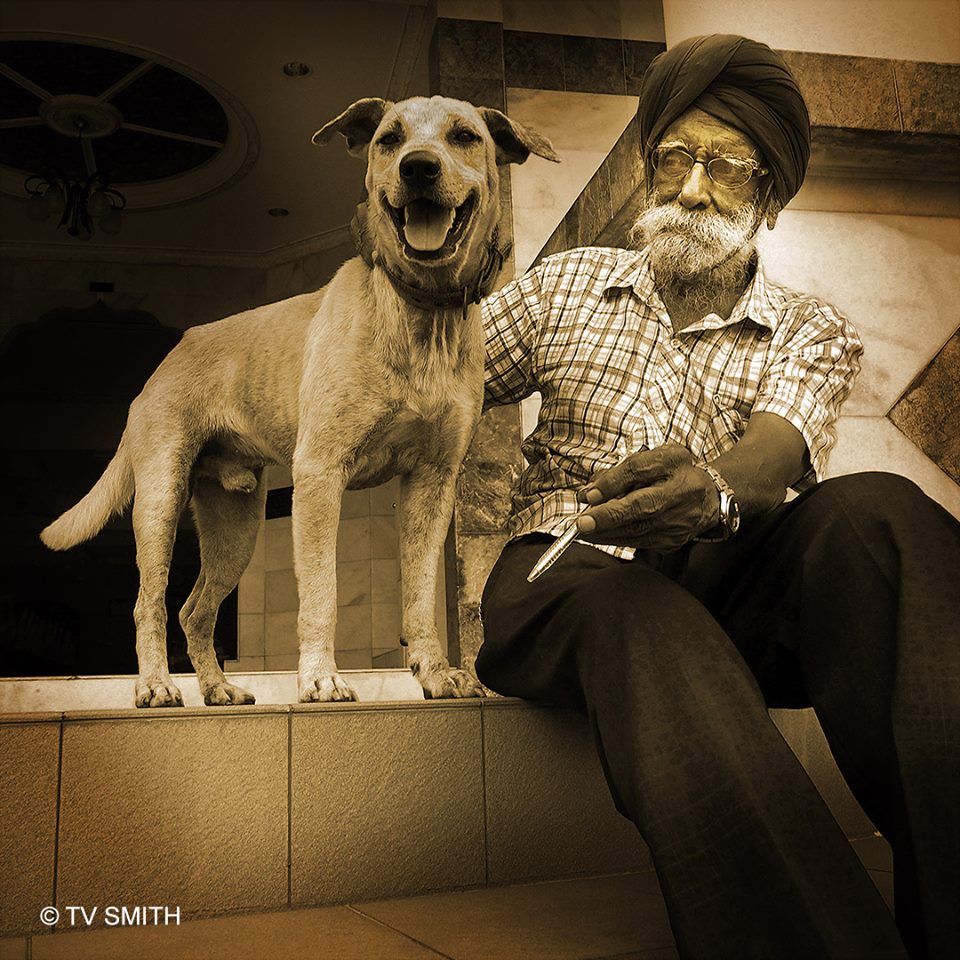 I saw a beautiful Sikh temple in Tampin town. Decided to photograph it up close and was confronted by one of the toughest strangers to engage with. Mr Gurdev Singh, the 85-year-old temple caretaker was wary and distrustful initially. He was, after all, a retired Special Branch police officer.

His dog Rajoo was menacing and I had to first win his faithful companion’s trust. When the dog started licking my face, Mr Singh said I passed the first test. There was to be another secret handshake. He scribbled on a piece of paper “godisnowhere” and asked me to put in the spaces. I put it is as “god is now here” (instead of “god is nowhere”).

The man finally let his guard down and we chatted like old friends. He told me the history of the temple, about the handful of Sikhs living in Tampin and even invited me to his nearby house for wild boar curry.

Tampin is such a quaint, idyllic and serene town. Stay behind to explore and meet other warm town folk. Find a hotel in or near Tampin here:
http://www.mycen.my/tampin-hotel-deals-finder/

PS: Updates: reports are coming in, stating Gurdev is hale and hearty. 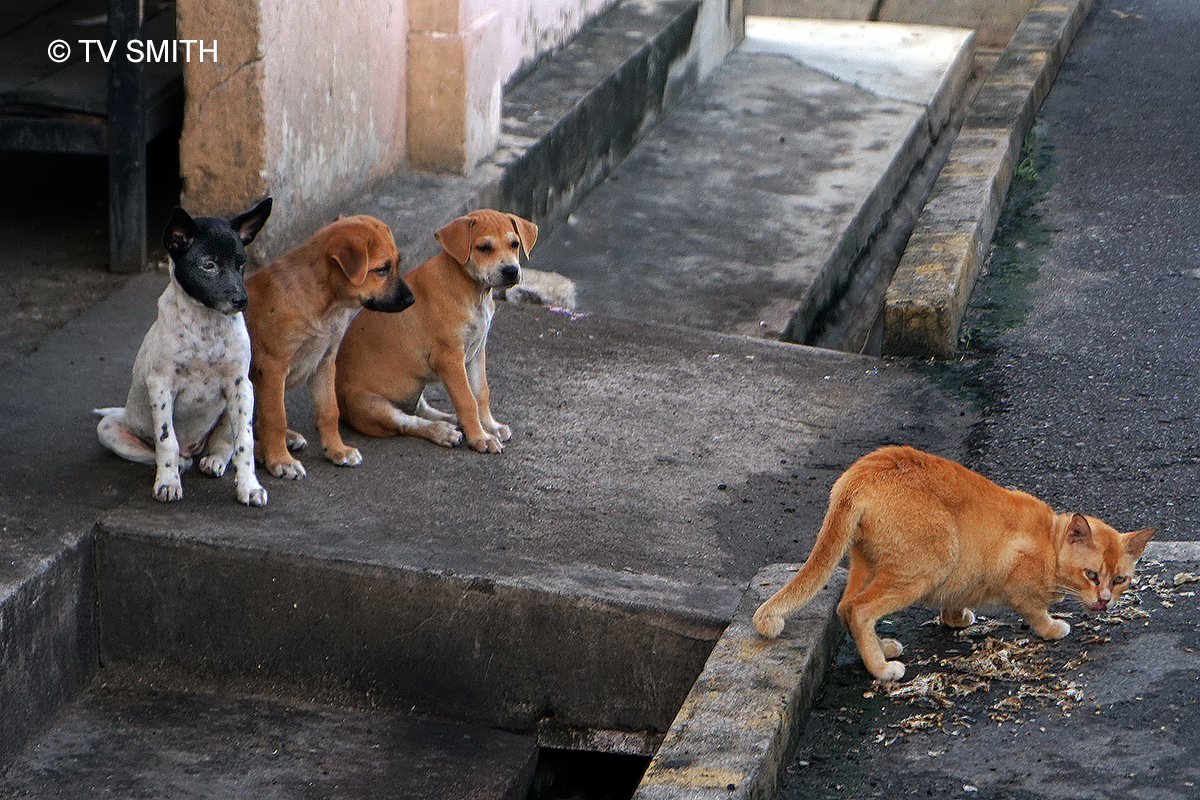 Stumbled upon an ‘awww’ moment.

Three homeless puppies watching a stray cat eat. Living on the streets, the trio would have learned early life lessons that cats scratch.

Cat turned around and gave me a look that says: “Yeah. Get them off my back. I’m trying to eat here.”

Who can resist a cool marble floor on a hot day? A homeless dog seeks shelter under the watchful eyes of the statue of Buddha at an obscure and quaint Thai temple named Wat Meh Liew in little-known Kampung Siam in Kuala Lumpur.

I was sitting on the floor on Wesak Day last year when the dog came to lie in front of me. A wonderful moment for the camera. It also brought a smile to my face and warmed my heart.

The temple’s tolerance and acceptance of stray animals symbolizes the heart of Buddha’s teachings – Compassion. 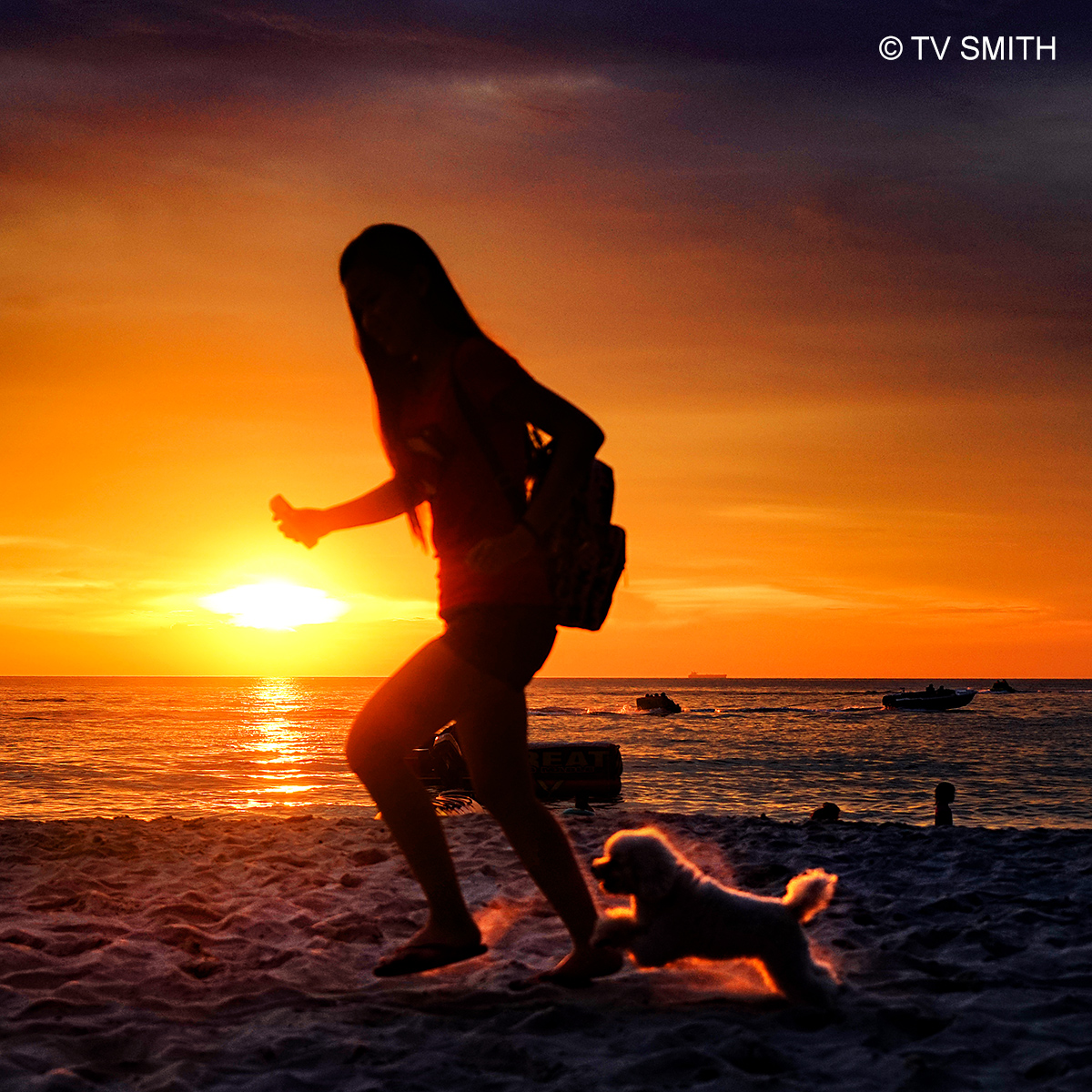 Beaches For Your Sunset Pics – Part 3.

Port Dickson or PD shall be our third featured beach and the furthest, comparatively. I was there to attend the Rainforest Challenge 4WD competition.

Sometimes you need to rope in a complete stranger to complement the scene. I was lucky to meet friendly Kay Kay Wong and her cooperative dog on the beach. I explained to Kay Kay and she understood what I wanted to achieve immediately,

The pretty and shapely dog groomer ran across the sand and her pet poodle, Pearly, chased her in the way I imagined it. An unexpected bonus was the dust halo (fine sand) kicked up by the dog’s feet with the sunset behind.

If you need to spend a night in PD, see this link to Hotels In Seremban that included a link to many hotels and resorts in PD: