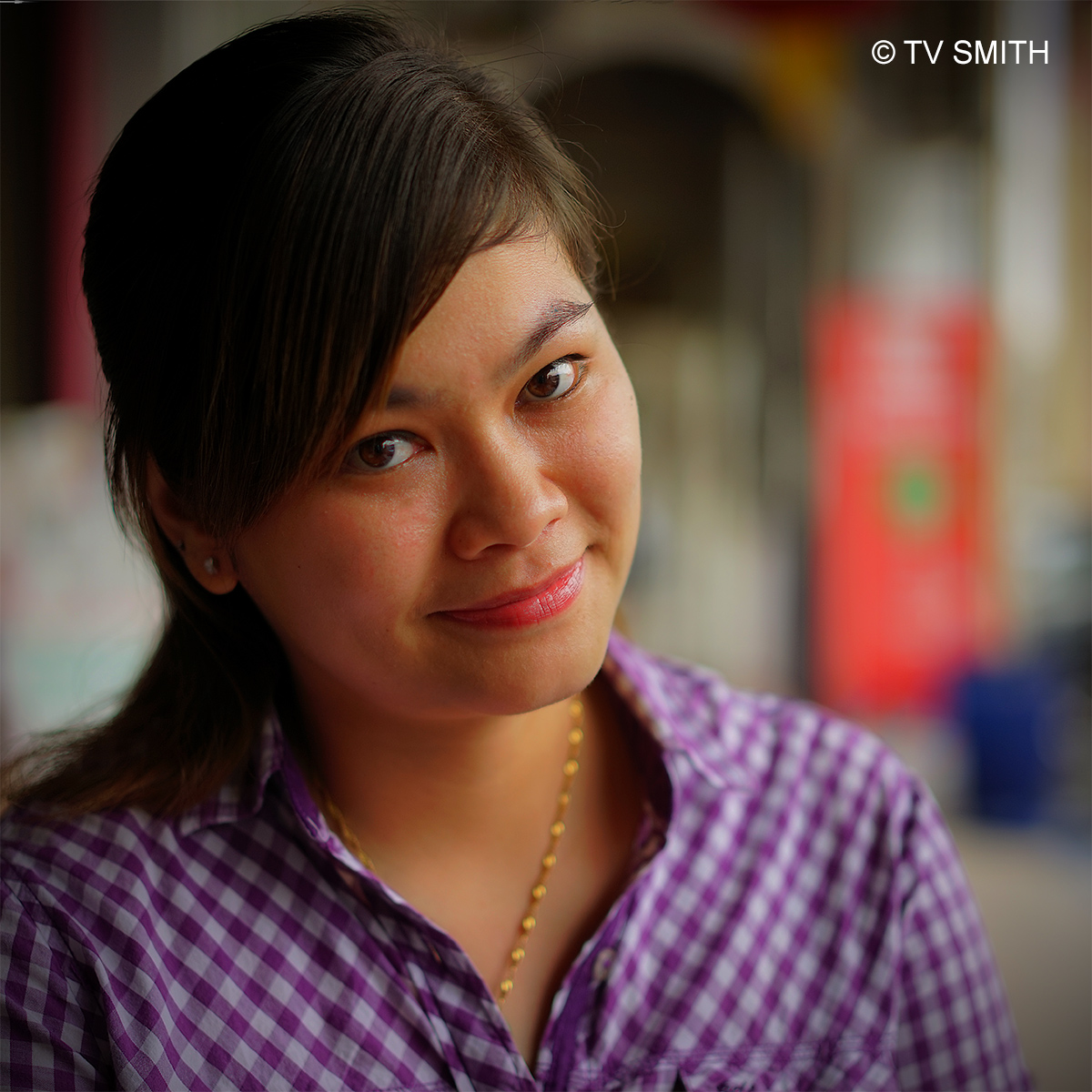 Their son married a Spanish-Filipina. Her Eurasian father, who lives in Malacca, married a Chinese lady from Kelantan.

With such a fascinating mix, their child Jolene looks exotic and ravishingly beautiful, naturally. So what’s her race? Malaysian lah.

More than that, she also inherits a rich culinary knowledge for which she puts to good use. Jolene owns and operates the only fusion cafe in town. I stumbled upon her and the restaurant walking the kaki lima. More on the food next.

Photography Notes: I used the acclaimed Sony Zeiss 55mm f1.8 lens as an impromptu portrait lens here. It was so sharp that I have to reduce the clarity a touch in the raw processor. Nevertheless, it isolated her from the cluttered background beautifully.