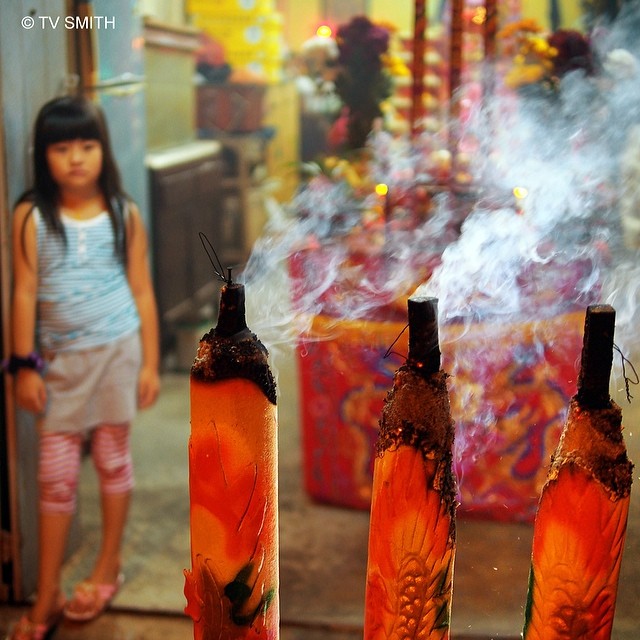 It is called the Hokkien New Year in Melaka where the Hokkiens arrived some 500 or 600 years ago. The Pai Ti Kong tradition lives on. It will be a blast midnight tonight. Keep your pets indoor.

Tonight, the Hokkiens will set off enough firecrackers and fireworks to make the world think North Korea launched some nuclear weapons. It’s the ‘coming out from hiding in sugar cane plantation” syndrome.
Don’t let your cats and dogs out tonight as they may be bewildered and wander off until lost.

A girl waiting for the apex of the Pai Ti Kong Festival. At midnight, there’ll be a bonfire of joss paper and firecrackers to celebrate the Jade Emperor God’s birthday. In the meantime, three giant joss sticks
burn in front of a table laden with food and fruits. The home offerings were flanked by two tall sugar cane stalks.