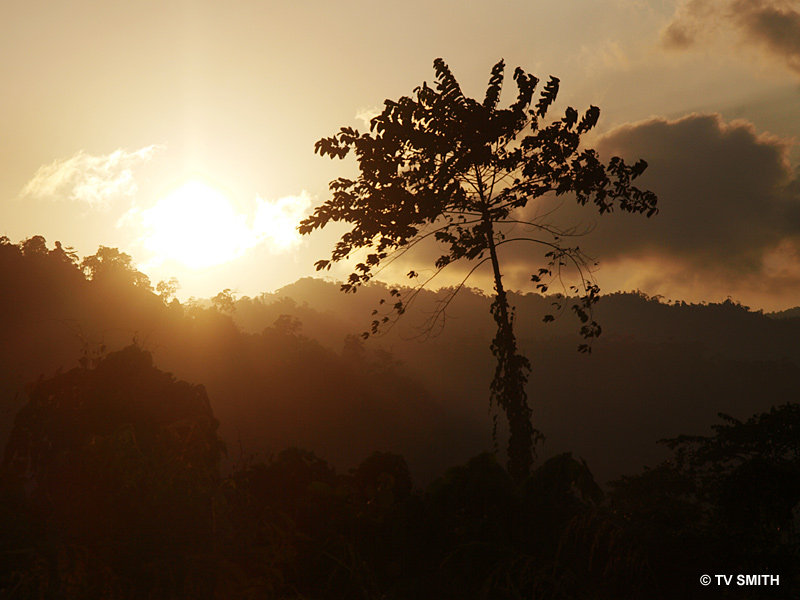 One more from Selar. See previous post on Endau Rompin National Park. Sunrise at Endau Rompin. The Johor Parks management is doing all the right things such as operating an office at Bekok town to provide assistance to visitors. I wrote at the time.

It is opened seven days a week and a very helpful Ms Nurul there provided me with important support by furnishing updated info, maps, GPS coordinates and radio communications frequencies. Tell me. How many government servants would volunteer their personal mobile phone number so as to be reachable in case of an emergency, after office hours? 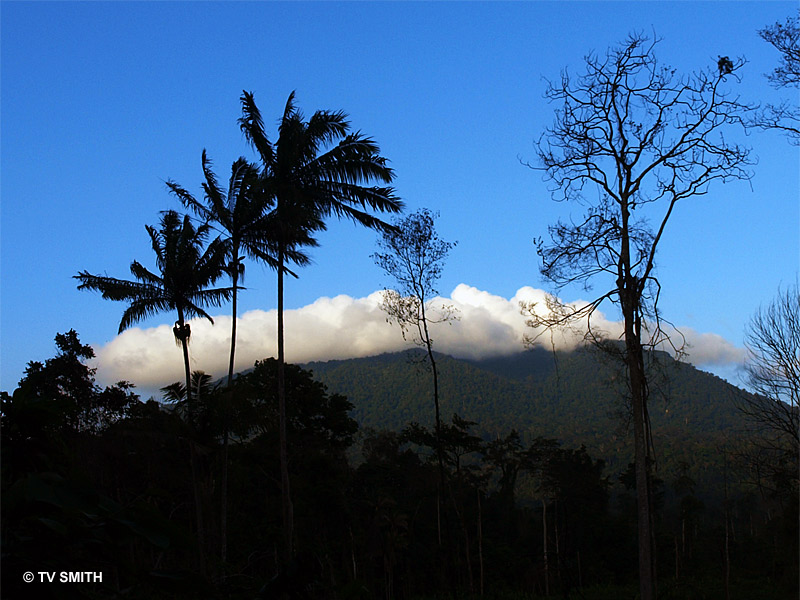 The Selar part of the Endau Rompin National Park is beautiful and remote as few visitors approach it from the western entrance through Bekok town. This is where tigers and elephants roam. Many waterfalls too. You will also meet the Jakun tribe here.

You need to research in advance if a permit and fees are payable. It is a long way to turn back. A 4WD vehicle is mandatory. There is a guard post in which they hired a native orang asli as guard. That’s commendable. I stayed at the nearby town of Segamat or you can also stay at Labis too.

There are chalets and rudimentary accommodation inside but you need to book through Johor National Park Corporation.

When I started the expedition, I stayed at Kluang and drove eastwards to Mersing,

Between Kahang and Jemaluang, I saw an elephant crossing sign. If you are entering from the eastern side in Pahang, you may want to stay in Mersing. Wherever you plan to stay, I suggest you bring full camping gear, food and water. The park is huge and vast. Mobile phones may not always have coverage all the time. 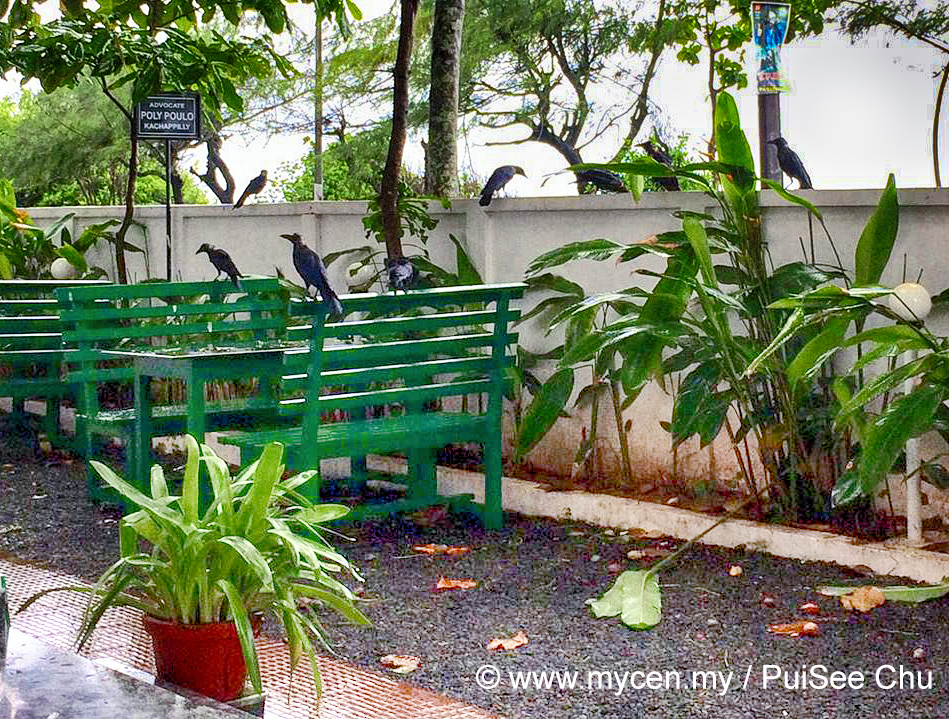 The common house crows are so hated everywhere because they are intelligent, noisy and invade our environment. They expose our lack of cleanliness and the lack of proper street cleaning and rubbish disposal by local authorities. For exposing their shortcomings and failure to do their jobs, some heartless town halls resort to shooting them.

The intelligent and sociable animals were like “illegal” immigrants. They are native to India, Sri Lanka and Bangladesh. They can now be found all over South East Asia. It was speculated that a colony was brought in by British planters in Carey Island to control agricultural pests. They soon escaped and spread all over Klang Valley. Like an experiment gone wrong, as in the fictional Jurassic Park.

Scientists believe many adventurous crows also hitched a ride on cargo ships and got off at ports such as Port Klang and one of the world’s busiest ports, Singapore, where the stowaways transferred ships or made landfall.

Picture by my dear friend PuiSee Chu (https://www.facebook.com/puisee4) who was also in Kerala, India recently. According to her, the crows were waiting patiently and graciously for unfinished food at an al fresco diner in Cherai Beach Residency Kochi. You can find and see more of the hotel by locating it with Mycen Hotels Search.

I’ll feature more of her Kerala pics which have the viewpoint of a kind, compassionate animal lover.. 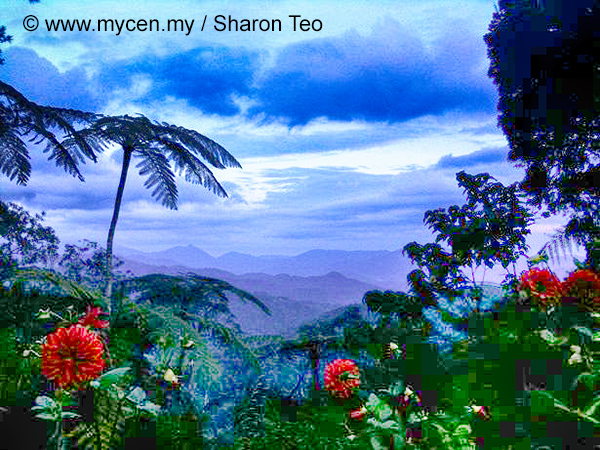 This was the pic I used for Fraser’s Hill contributed by Sharon Teo. (https://www.facebook.com/seaDevilyn)

It is too beautiful to be buried and deserves to be a standalone post. One thing I used to like about Frasers were the many ferns growing wild there.

There was also a mini zoo there and I used to cry for the lonely baby elephant kept in it. Malaysia should ban all private and mini zoos as the animals almost always end up neglected and ill treated. Without the internet at that time, there was no one to complain to or nowhere to highlight her plight except the Malay Mail Hotline. Speak up and say you don’t want to see caged or chained animals.

Great job, Sharon and thank you for sharing the pic used here: 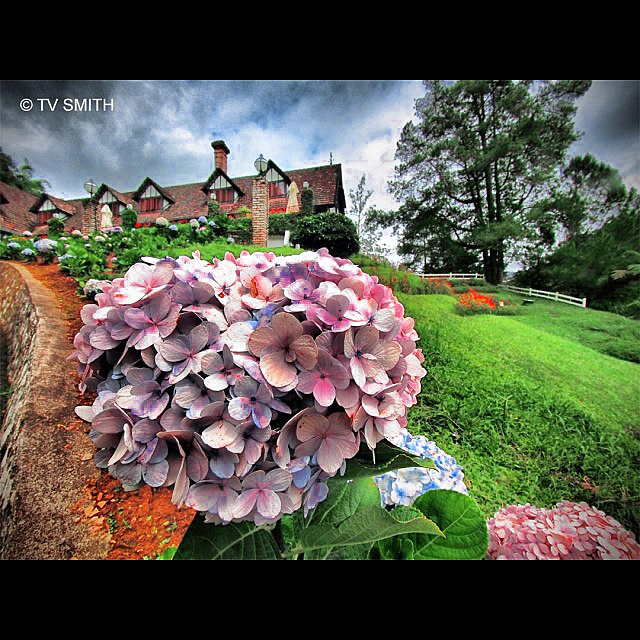 A ball of hydrangea in front of the the lake in front of the Lakehouse Resort, Ringlet, Cameron Highlands. This upcoming school holidays take your kids and family for some fresh strawberry jam and hot scones, served on cozy antique armchairs with fireplace in view.

Many things I experienced as a school kid such as giant rhinoceros beetles, giant Rajah Brooke birdwing butterflies and giant jungle leaves are now hard to find. You owe it to your kids to let them experience it while still possible.

Or search for any other hotel you know by name or town.