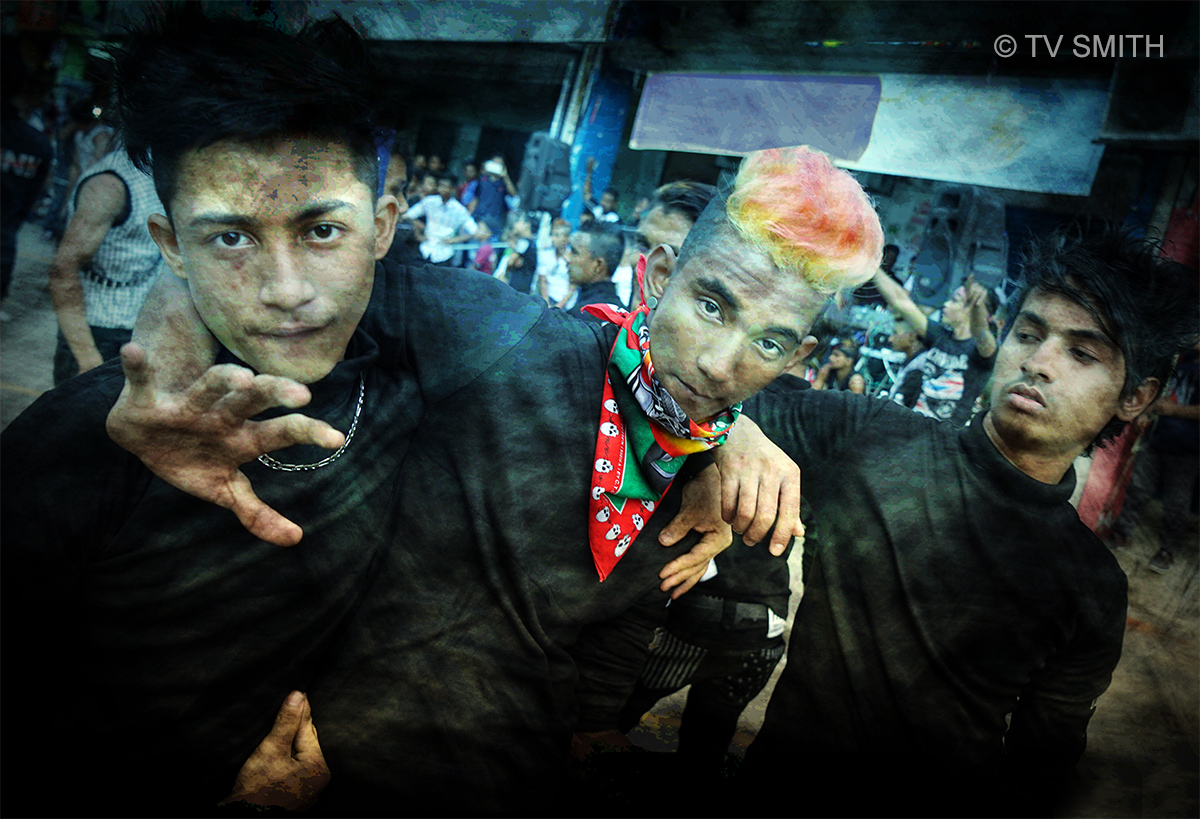 At the raffia string barrier to the rave party, one guy asked what ‘house music’ do I like. A question that was to serve as a secret handshake for admission. I told him the DJ is playing techno, not house. (I like techno too, though).

Reminiscing a bit: I spent a year, almost every night, at the decadent and legendary Backroom KL , the clubbing venue that was famous globally, in its relatively short lifetime.

It was finally busted for opening past 9 am daily and for clubbers possessing every known designer and recreational stimulant.

The dance floor was divided into straight and gay people on each side. On the center, dancing on top of a podium, was a shirtless local celebrity chef who is now a grandpa. Haha.

What memories. It was there that local club music transitioned from techno to house and its many sub-genres and beats.

Back to present. That kind of street cred is of little value here with the Burmese youths.

Bouncer: Quick, what kind of house?

I like this unique youth subculture with members proclaiming to be punks and gothic rockers (cybergoths actually) and a liking for techno music.

These youths, like many here, have little access to formal education or a chance to break out of a vicious cycle.

Many were born here, grew up in the ghetto and got sucked into poverty, as their parents before them because of their unofficial and semi-official migrant status.

Call it youthful rebellion against the longhi sarongs their parents wear or the betelnut the older folk still chew. The teens are, at heart, polite gangs with tattooed scalp and dyed spiky hair. They are surprisingly tolerant and respectful of my presence as the only outsider here.

I met many punk gangs while in England and Europe during the 90s. The encounters weren’t always as peaceful. 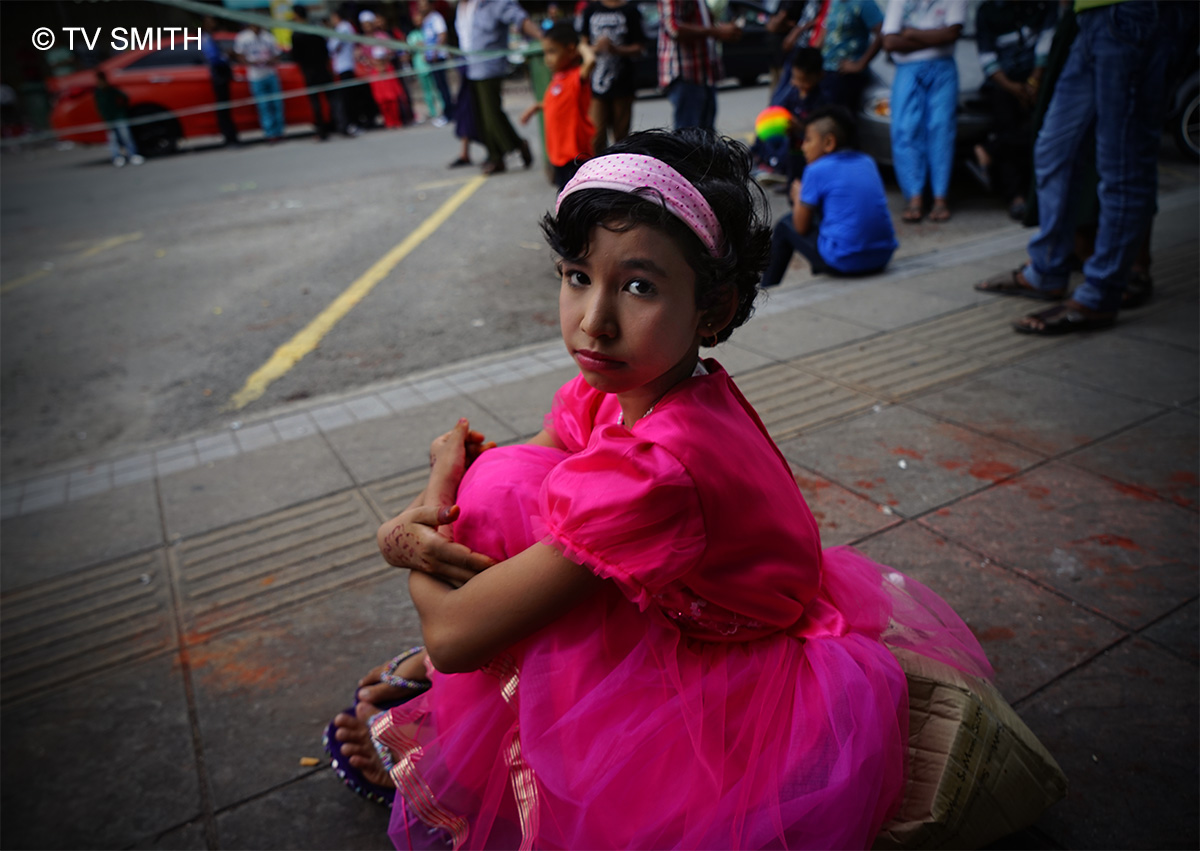 Continuing my series on festival day in the ghetto. A little Burmese Muslim girl is dressed in her Hari Raya best.

She’s sitting on a squashed box by the roadside. Those red spots on the pavement are not colour run from her brand new dress. They are betelnut spit spat out by the many chewers here.

The girl has grabbed a front row seat, behind the raffia strings cordoning off the area. People are milling around, looking serious, waiting for something.

I asked her mother standing behind and she jabbed the guy next to her. The young man with a punk hairstyle quickly chimed in to say there’s gonna be a rave.

A rave party on the streets, in a migrant-only neighbourhood? A dance party with DJs, crowd swinging their arms like car windscreen wipers and EDM??? Wonderful!

It is my lucky day but I must first get pass the bouncers to get better pictures. I hope they are not as dour-looking as the waiting crowd.