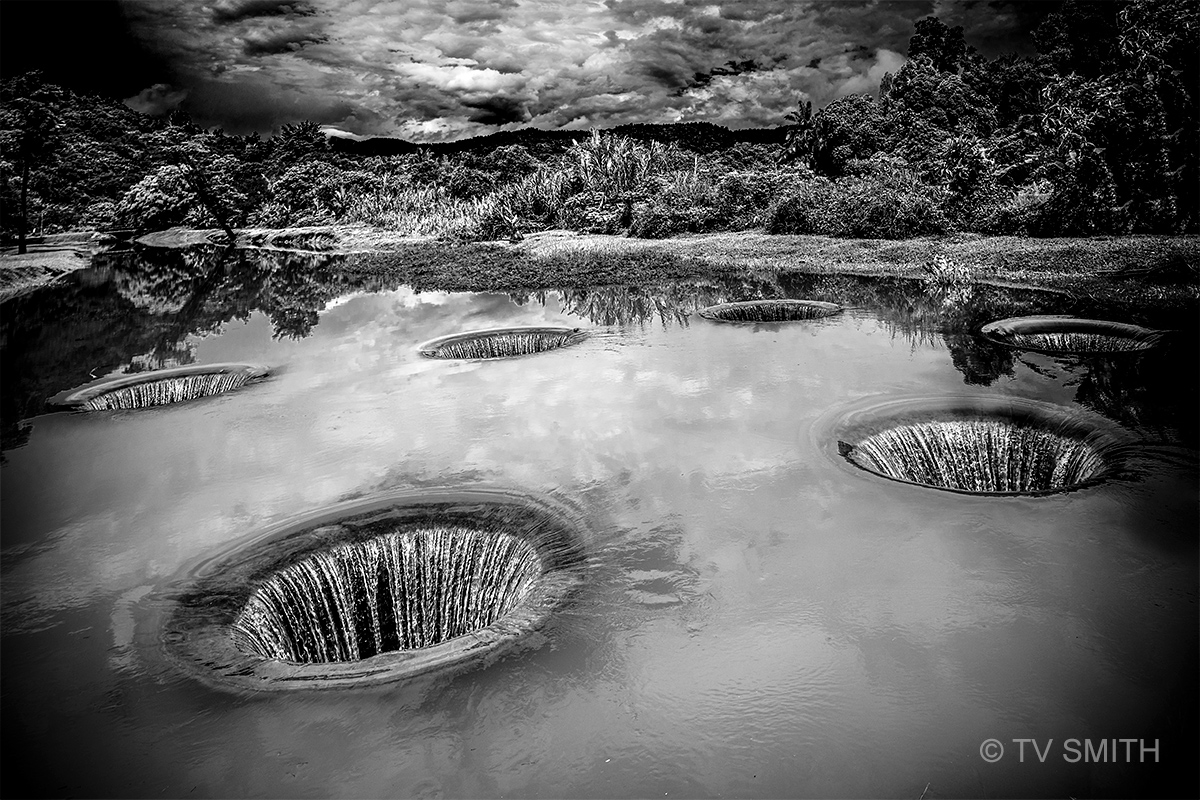 The holes were located in a lonely but beautiful park in Serendah. Not sure if it was the threatening rain clouds or the mystery of the holes that made everything there very eerie.

Since the sink hole strainers are missing, do I dive into one of the ‘rabbit holes’ and will it take me to Wonderland? Apparently not; as further investigation revealed the water flowing into underground channels and released, like sewer, a little further down the cascaded river.

The place was very deserted at the time I was there and there was no one around to ask for info. Oddly, there were no information signboards, even though it is billed as a tourism attraction.

I found out two versions of its history and reason for existence from nearby villagers (subsequently). Originally, there were natural whirlpools in the river .

For some safety or silly reasons, a crazy British colonial administrator flattened the river and turned it into this bizarre man-made structure. It was called The Seven Wells of Serendah (Perigi Tujuh) .

Another local told me a more plausible but less romantic story. Serendah is named as such because it is very low-lying (rendah). It was also a tin mining area with many water canals.

Every time it rained in those days, the surrounding villages became flooded quickly as the river and canals overflow. The seven wells and water channels acted as part of a stormwater management system.

It is so hidden, isolated, relaxing and peaceful here, one will find many ‘ponteng” school students ‘lepaking’ here.