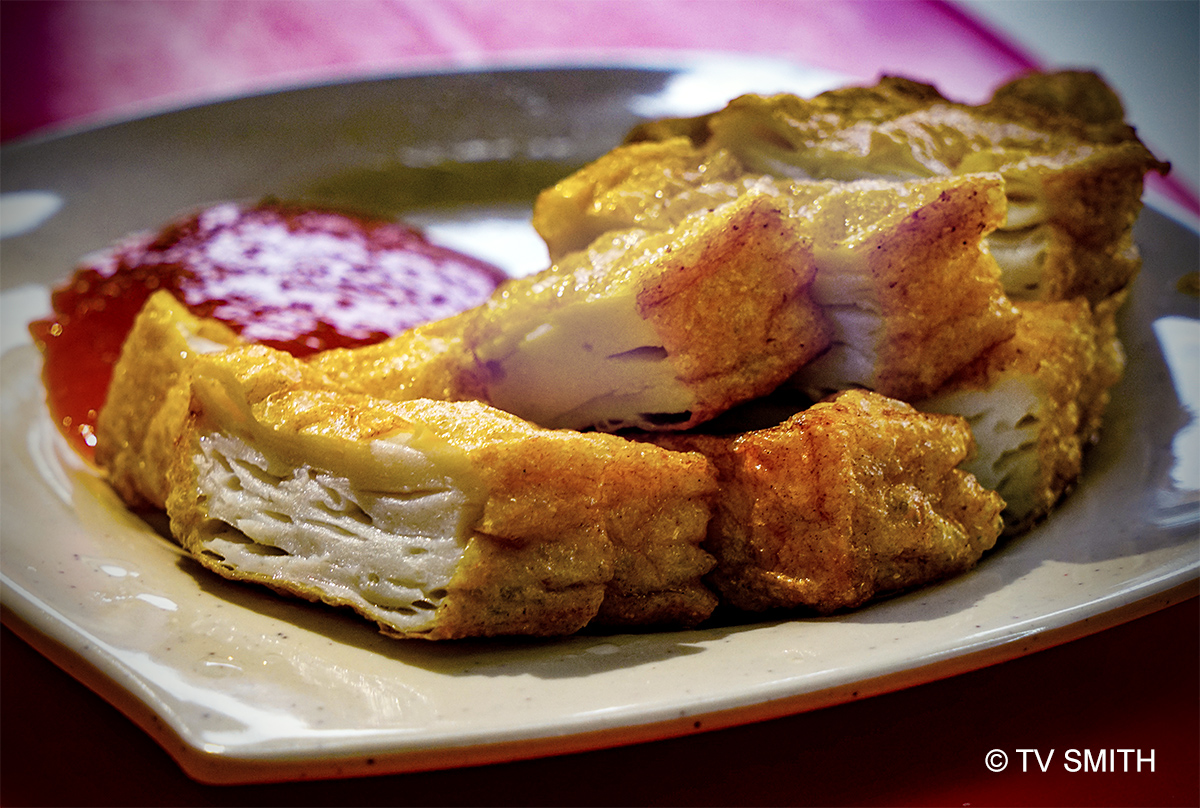 The fish biscuit, as it is known in Chinese, is usually made from either the Spanish Mackerel (Ikan Tenggiri) or the Wolf Herring (Ikan Parang).

The latter is also known locally as Saitoh Fish (in Chinese) because of its machete (parang) shape.

Unlike English fish cakes made from cod and potato patty, the Asian fishcake is without batter and uses freshly minced fillet paste mixed with flour.

When well done, the fish cake should not be too oily and possess an aromatic flavour. Under the fried crispy skin is the soft but springy fillet that melts in your mouth.

This is one of the better ones from Restoran Xin Yuen Kee in Kuala Kubu Bahru, famous for its Lor Mee.