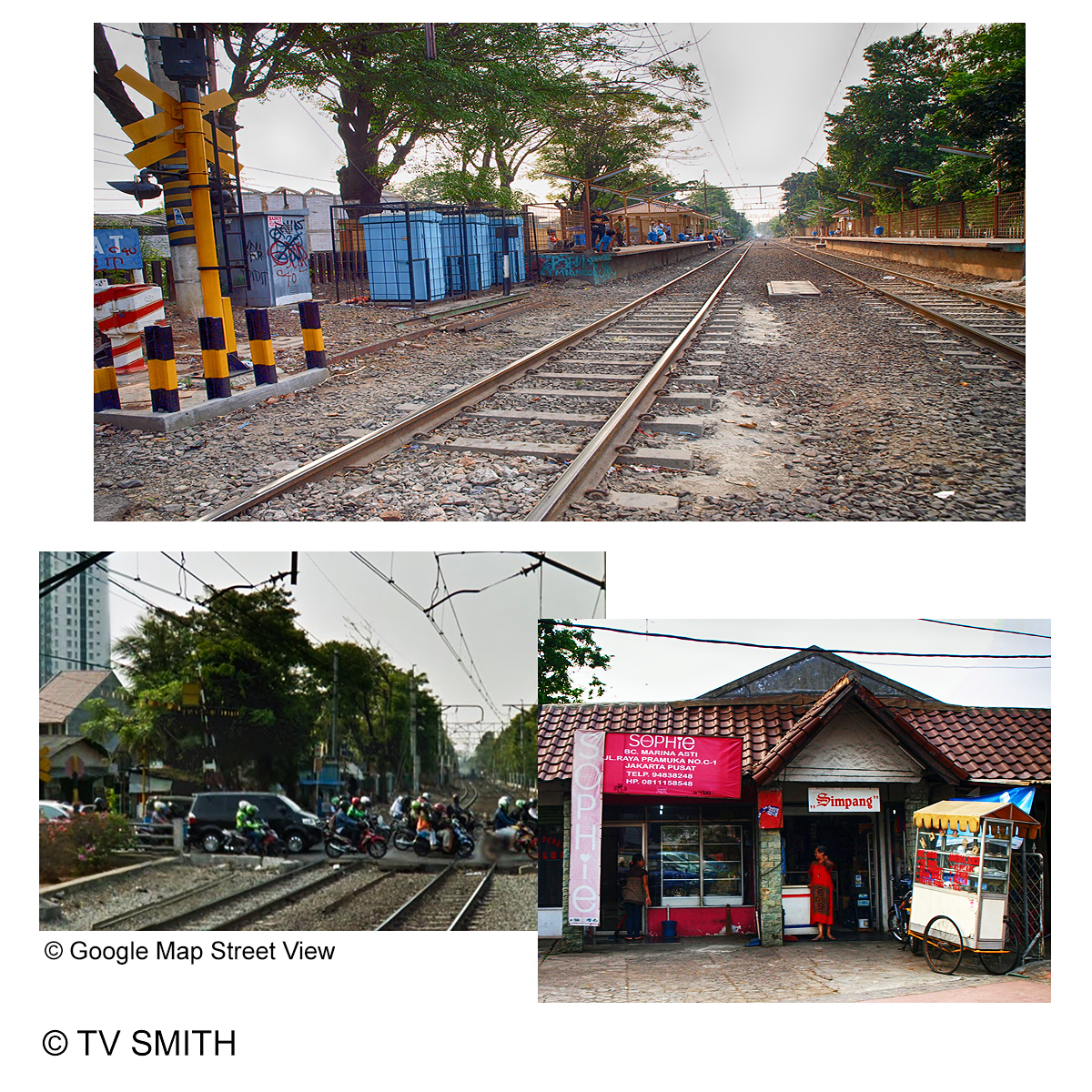 To lessen my anxiety, I took some pics to calm down. I don’t remember where I was but I traced my route to the Kramat Railway Station In Central Jakarta. How do I do it?

Here’s an important photography tip: Many times we may not recall or know where we were in a strange and unfamiliar city. Whether you are walking or in a car, try to shoot more, especially with a digital camera. Ideally. we should shoot with a camera with GPS enabled so the coordinates are recorded together in the exif data.

Unfortunately, I didn’t. I did shoot all the nearby shops and streets. In Jakarta, many shops, even small ones, have a signboard with the street name shown. By looking at nearby landscape pics I was able to see I was at Jalan Pramuka Raya. With that, I went to Google Map and found the railway track crossing and railway station. Google Street View allowed me to match up the images to confirm.

In the collage:
Top pic: When the car stopped on the track.
Lower left: Google street view showed it to be a busy crossing and is gated.
Lower right: The shop sign that gave away the street name

Book a hotel out of 715 hotels in Jakarta here.

Wandering Stranger was one of the saddest songs by Lionel Ritchie. 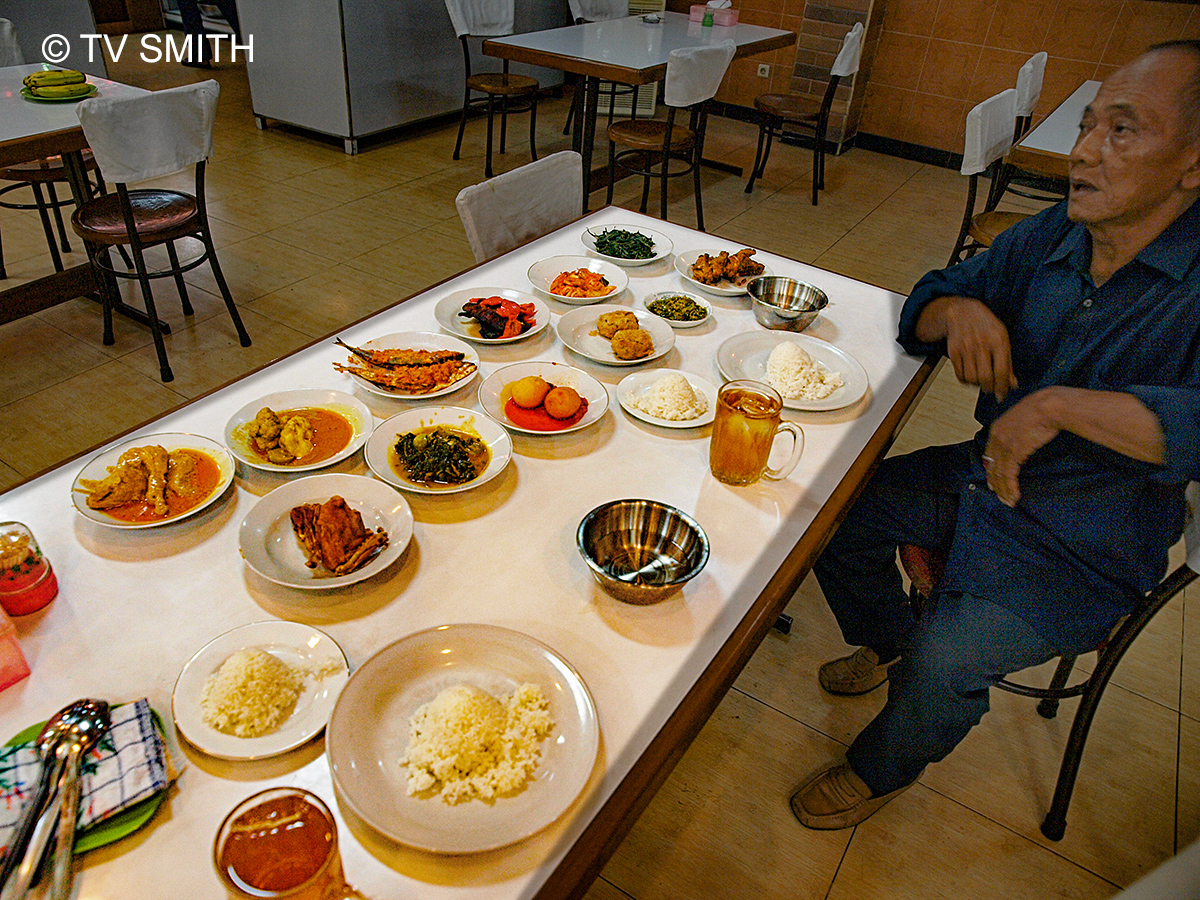 Nasi Padang in Jakarta was scary. Wanted to buy my local driver dinner since it was my last day. It was just me and him (seen here in blue) and the restaurant brought out enough dishes to feed a village. Was relieved they only charge for plates that were partially consumed or touched.

Nasi Padang gets its name from the West Sumatran town of Padang, famous for the culinary rice dish or buffet. Turned out to be an awesome experience.

Book a hotel out of 715 hotels in Jakarta here. 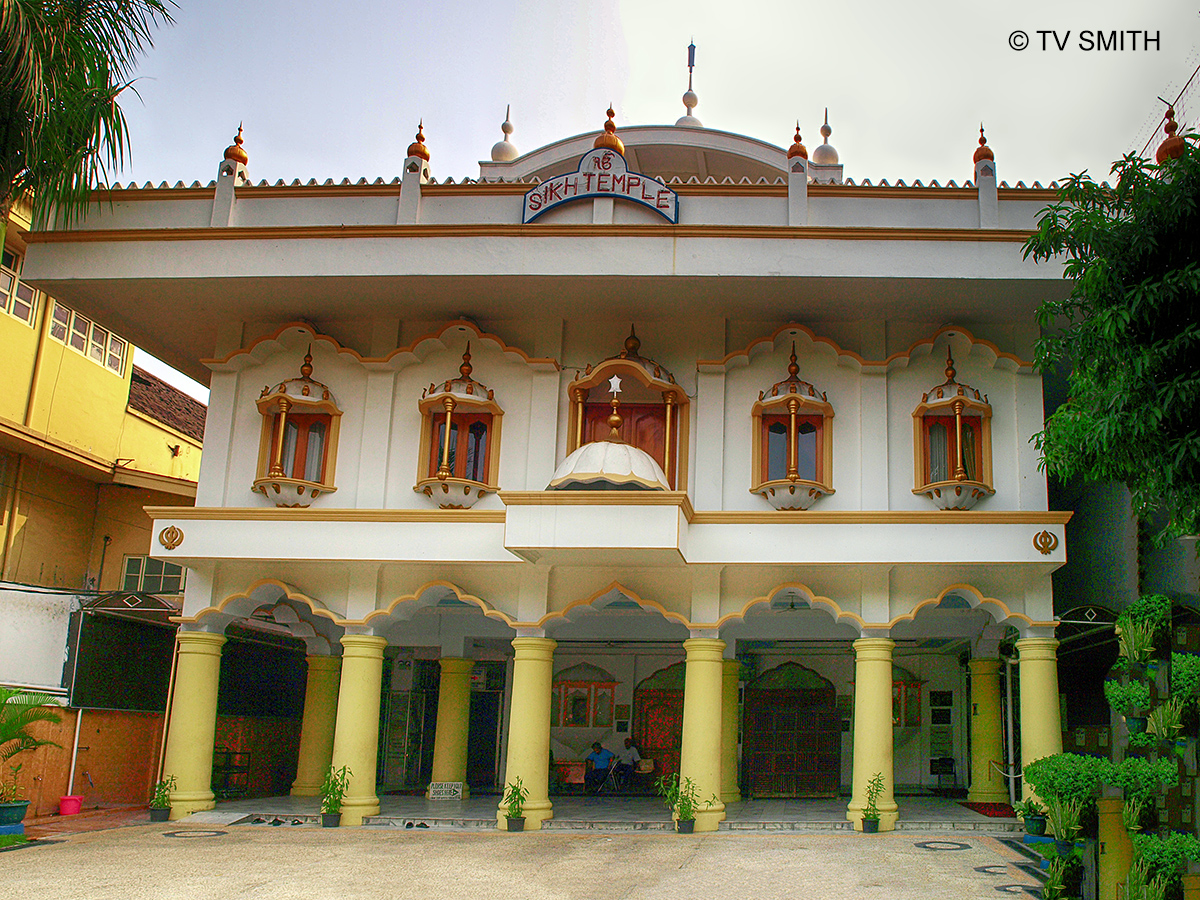 I was exploring Jakarta Chinatown (Glodok) when I stumbled upon a Sikh Temple named Gurdwara Tanjung Priok in North Jakarta. It is also known as the Guru Nanak Sikh Temple and the Gurdwara Pasar Baru,

What awesomeness to be standing before a temple founded in 1925. Awesome also because many fellow Malaysians and friends are Sikhs. It was built, funded by Sikh workers and their families in the harbour or port area. The temple survived Dutch and Japanese Occupation but was moved from the old site in 1999 when the land was acquired by the government to redevelop the harbour area.

Nearby reasonably priced hotels are Classic Hotel, Alila Jakarta Hotel and Red Planet Hotel Pasar Baru where one can also walk to Jakarta. Cathedral and the National Monument or Monumen Nasional. All mentioned hotels can be found at MyCen Hotels – http://www.mycen.my/

Sakai is a local idiom to describe a person who is a country bumpkin or someone who has never seen common things. It is a somewhat derogatory term for the indigenous tribe it was named after.

After receiving two bookings for hotels in Kuningan, Jakarta, I was curious. The first is Ascott Kuningan Jakarta and the second being the Aston at Kuningan Suites Hotel.

Confusingly, there is also a regency and city named Kuningan, east of Jakarta, near Cirebon. To complicate things, Kuningan City Mall turns up in search results.

I asked my Jakarta friend and Jakarta resident Veronica Sitorus (@ve_nat on IG) and she confirmed Kuningan is one of three business districts in Jakarta. When I went to Jakarta, I stayed at the Gran Mahakam Jakarta which was a fine hotel but I hated the metal detectors and explosive sniffing dogs checking my camera bags.

Jahabar Sadiq, who was then working there, visited me at the hotel before taking me on a Jakarta pub crawl. Coming from KL I have seen the undercarriage of cars inspected with mirrors before entering the car park of the KL Hilton in KL Sentral. I suspect the Grand Mahkam hotel had some American connection. This was after the Jakarta Marriott bombing.

Just my luck that I stayed later at the Renaissance New World Makati Hotel in Manila, also managed by Marriot I think. The Philippines capital suffered a wave of bombings by militants at that time. I went through the same hassle with my camera bags at hotel and at mall entrances. Was a bit unnerving seeing. for the first time, a guard with firearms inside a McDonald’s.

Anyway, Jakarta is great for street photography on foot. Although there seems to be growing inter faith intolerance now. It was nice to see multi-religious symbols placed together at a roadside art shop. I went to the Jakarta Cathedral or the Roman Catholic Church of Our Lady of Assumption earlier and saw many male guests attending a wedding dressed in batik and wearing songkoks. The women were in beautiful kebayas. I felt like an ignorant, sheltered sakai from Malaysia. All hotels cited can be booked at MyCen Hotels www.mycen.my