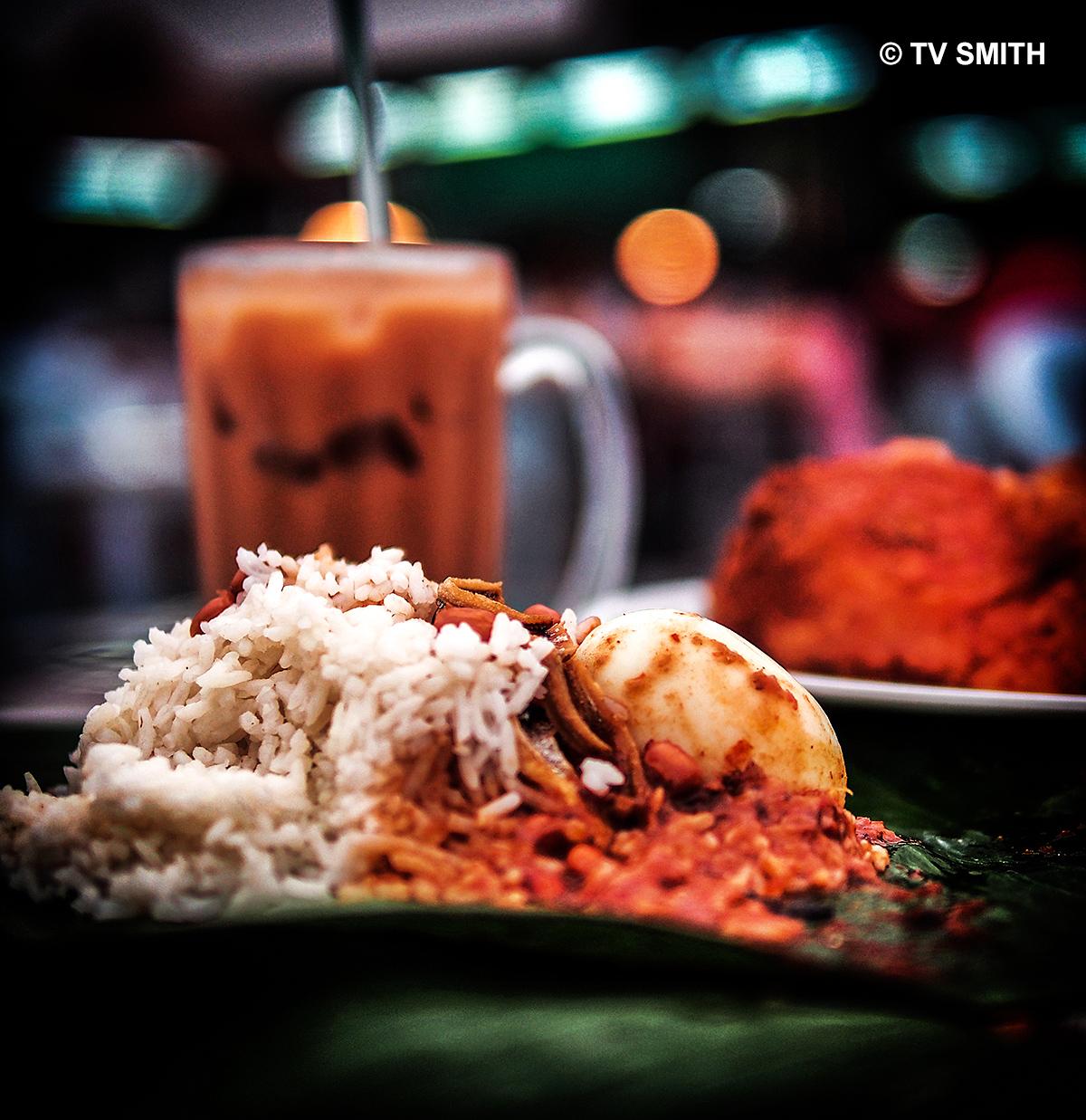 I found another pic of mine of Shanmuga in Klang. 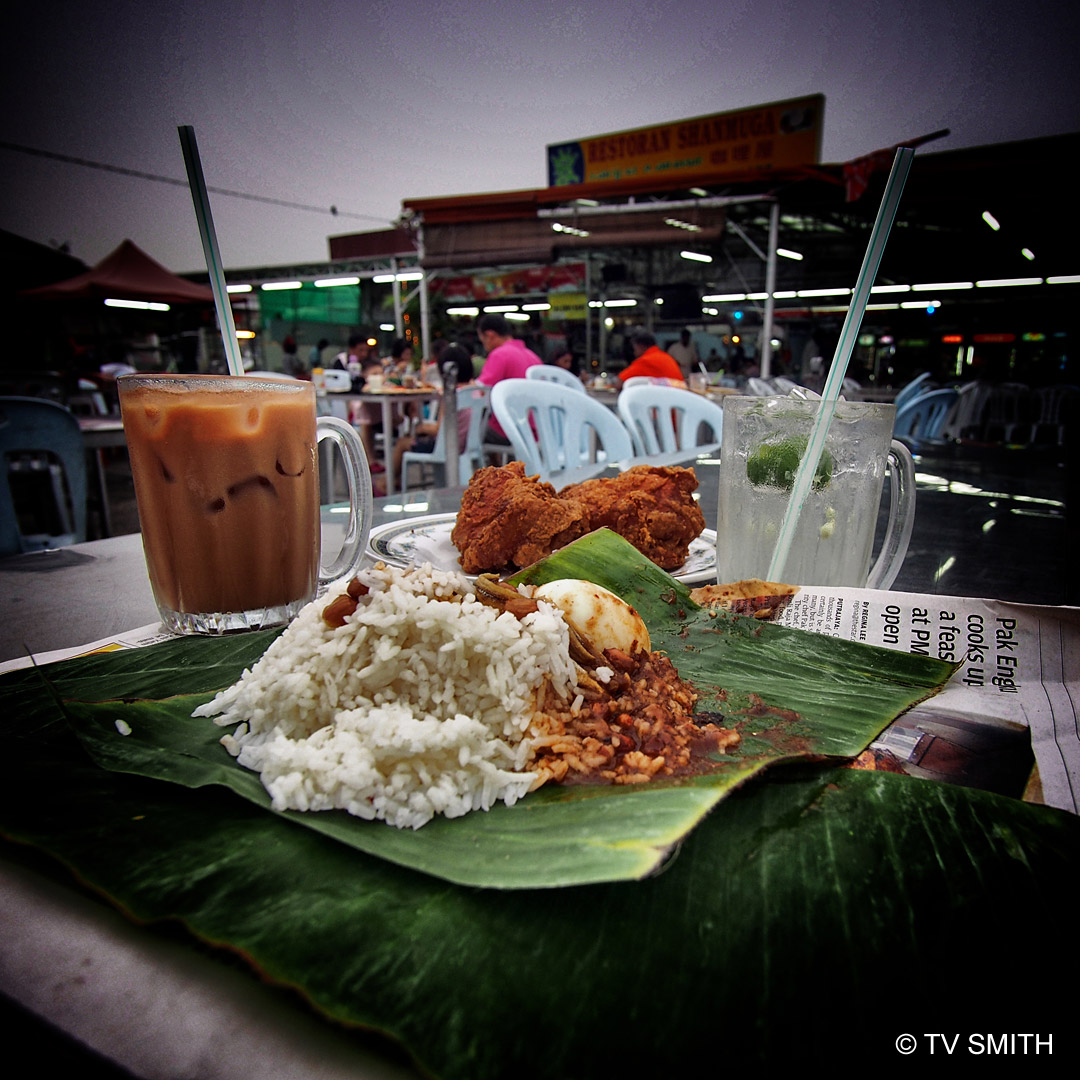 The best nasi lemak used to be from Shanmuga in Taman Berkeley in Klang. Served hot in a banana leaf and old newspaper wrapped packet, it goes very well with their crispy fried chicken and iced milk tea. With so many gangsters in town, I was surprised no epic fights broke out at the narrow open space car park jammed full of double parkers.

I was also nervous and hoped I don’t see an abandoned and lost dog in the surroundings. Some Klang people are sick people with a fetish for owning a Siberian Husky in our warm tropical climate. They don’t take care of them and the poor dogs end up with yellowish and untidy coat. To make matters worse, they like to bring the dogs out with them in their cars. They lose the dogs and make no effort in finding them. I personally know such irresponsible and callous owners from Klang. 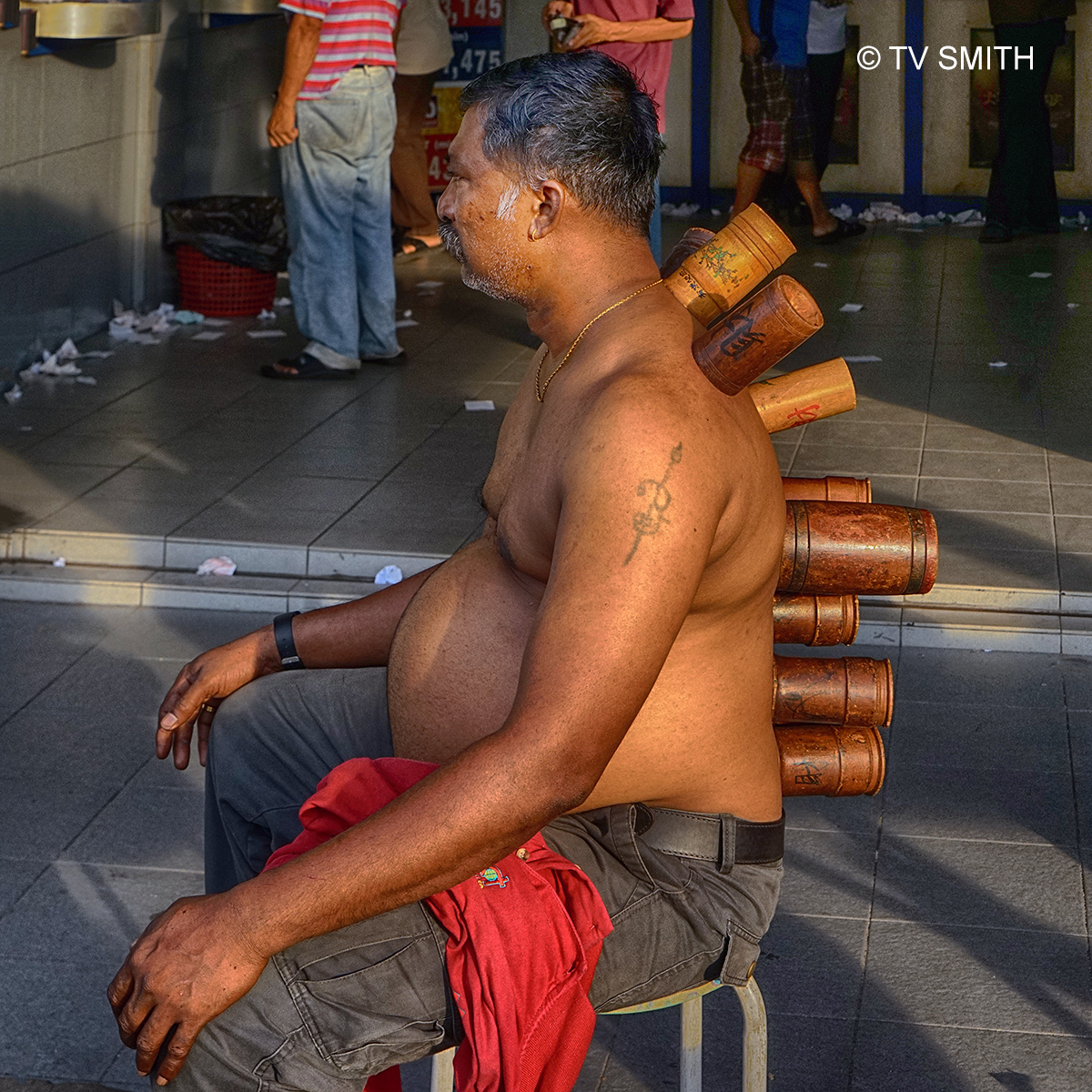 I Saw A Stegosaurus With A Beer Belly, Man Boobs And Spine Plates.

I was driving in Port Klang town when I thought I saw a human Stegosaurus from the Jurassic period. I stopped my car and got down to have a closer look.

It turned out some form of ancient Chinese and Egyptian cupping therapy. According to the Malay ‘medicine man’, the bamboo tubes suck out bad “wind” form the body.

There is a ‘snake oil’ salesman outside each of the three lottery shops.

Of course, you don’t have to look like a dinosaur or flash your manboobs to the innocent public.

The five-foot-way stall owner has a bottle of green liquid that can do the same magic for only RM10.

I liked how reactive or flexible the salesman was. When he sees a potential Chinese customer, he will say he learned it from a Chinese sifu.

When an Indian customer takes an interest, he says: “Look at my faithful Indian client sitting here.” Hehe.

Malay customers? His pitch was you can find him selling outside the National Mosque on certain days. Subtly suggesting some religious validation for the naive. Brilliant.