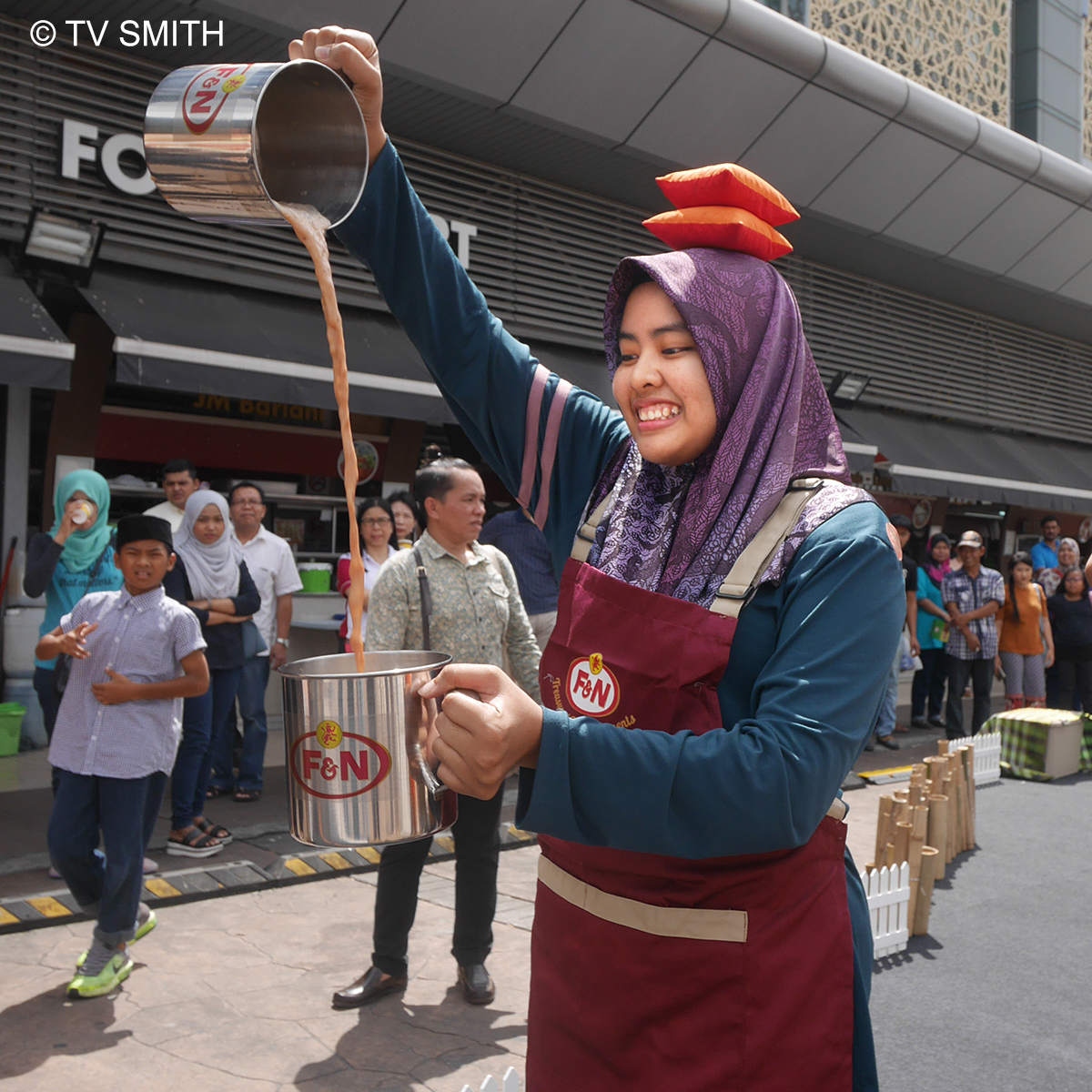 Back at F&N Teh Tarik Mega 2017, members of the public and shoppers at Mydin USJ Mall were invited to play an obstacle challenge course, that included balancing some things on the head and to make tea the tarik way, while running. Photograph by Maria Bernadette. 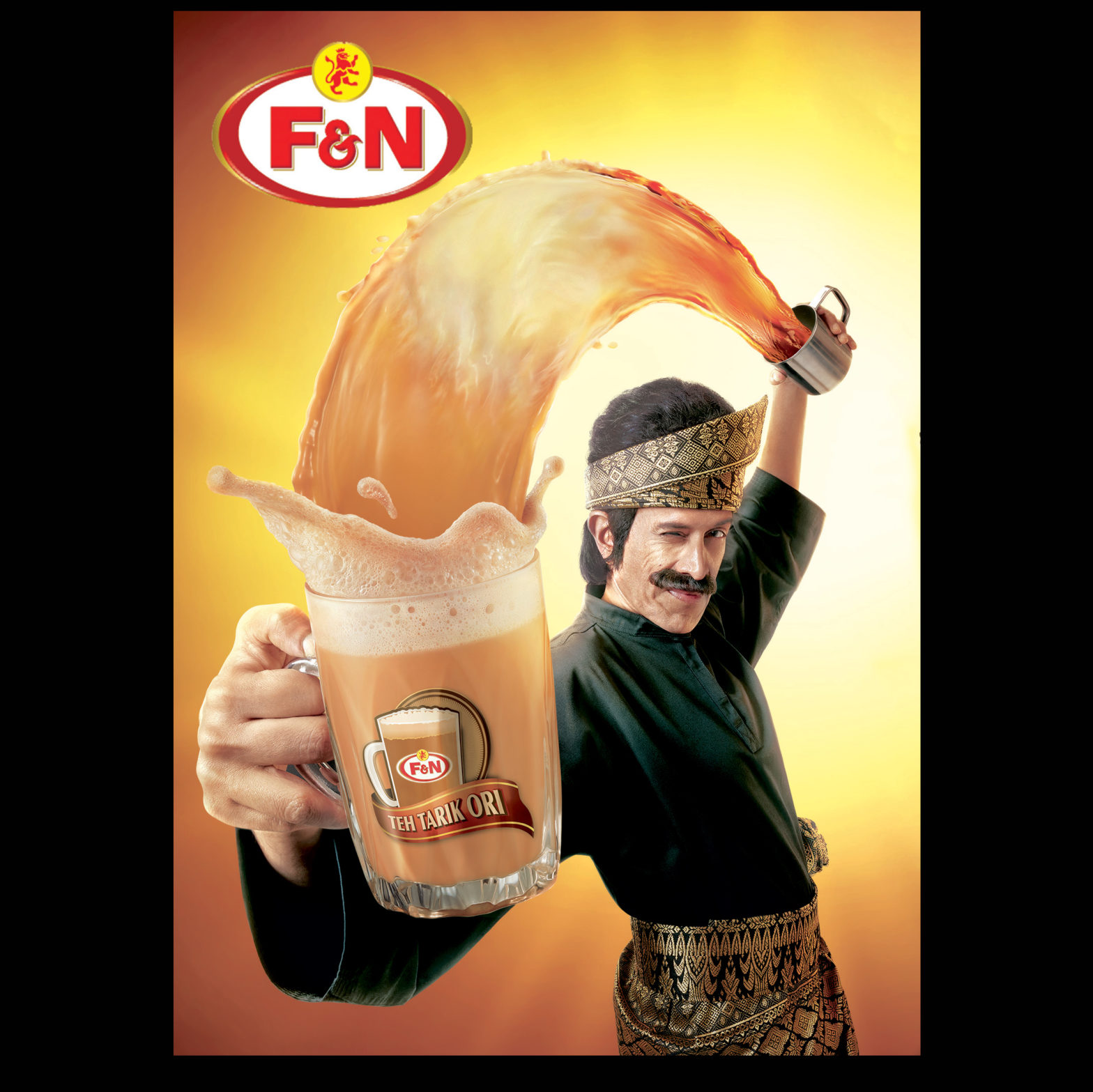 I Met The Teh Tarik Poster Boy Called Hang Tarik.

On hand was Radhi Khalid, aka Hang Tarik F&N. He demonstrated his skills in making the frothy or pulled tea while performing Malay martial arts or silat, and dancing to traditional Hari Raya tunes.

The tea is a unique Malaysian concoction where it is a popular drink at roadside tea stalls. A cultural icon in many ways.

The pulling is the mixing from two containers to mix the milk and tea well and also to cool the brew, and to make it frothy. It is the showmanship element in dragging a long stream of tea between two vessels that made it appealing and legendary.

According to Hang Tarik, who is also the brand ambassador, the secret to a perfect cuppa is to ‘kahwin’ or marry F&N’s Sweetened Condensed Milk with F&N’s Evaporated Milk.

I had one iced version served there, made with F&N’s Evaporated Milk and I loved it very much as It is less sweet. Will try this at home. 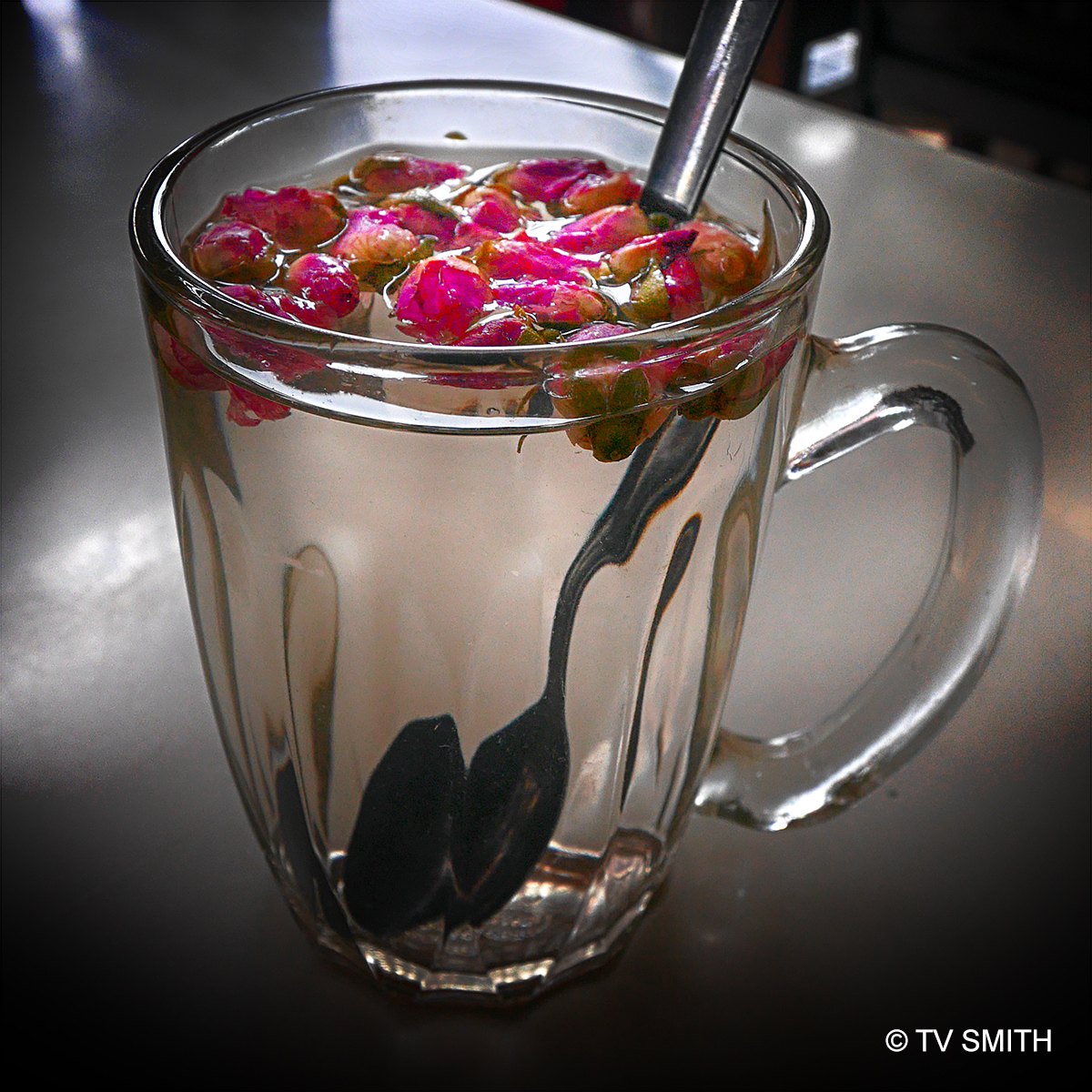 My awesome rose tea from that mee tarik place. I am not much of a tea drinker but it looks like some dried rose buds or rose hips were used. The spoon was to stir the little sugar added and not to eat the buds, I think. It should be labelled as rose bud drink and not rose tea. Smells as sweet.

The roadside mamak stall is such a unique Malaysian institution. A convenience many take for granted until they migrated elsewhere. It can pop up under a tree and it is a great place to find food and drinks in a seeming remote neighbourhood. I was in a strange place behind Jalan Loke Yew with my friend Thiru Nash.

The red leafed iced tea in a scratchy plastic glass. Famous teh tarik or hot pulled tea is another favourite. The characteristic tray with soy sauce and pepper shakers, with another holding toothpicks. It prompts you to order ‘telur setengah masak’ (half boiled eggs) or maybe a roti.

Missing here are the ready packed nasi lemak and bee hoon. I wished there were fallen and dried leaves on the table to add character but the umbrella attached to each table does its job.
There is also another container with spoons and signature cheap forks with crooked or bent prongs. And free tissue papers or serviettes which we will never get at a Chinese coffee shop. And finally, there are other loafers and lepakians too.

I switched to Apeture Priority to include the other loafers at the back. At f22, the focus went from the ice cubes in my iced tea, to all the way to the back. There are technical things to think about at a mamak too.