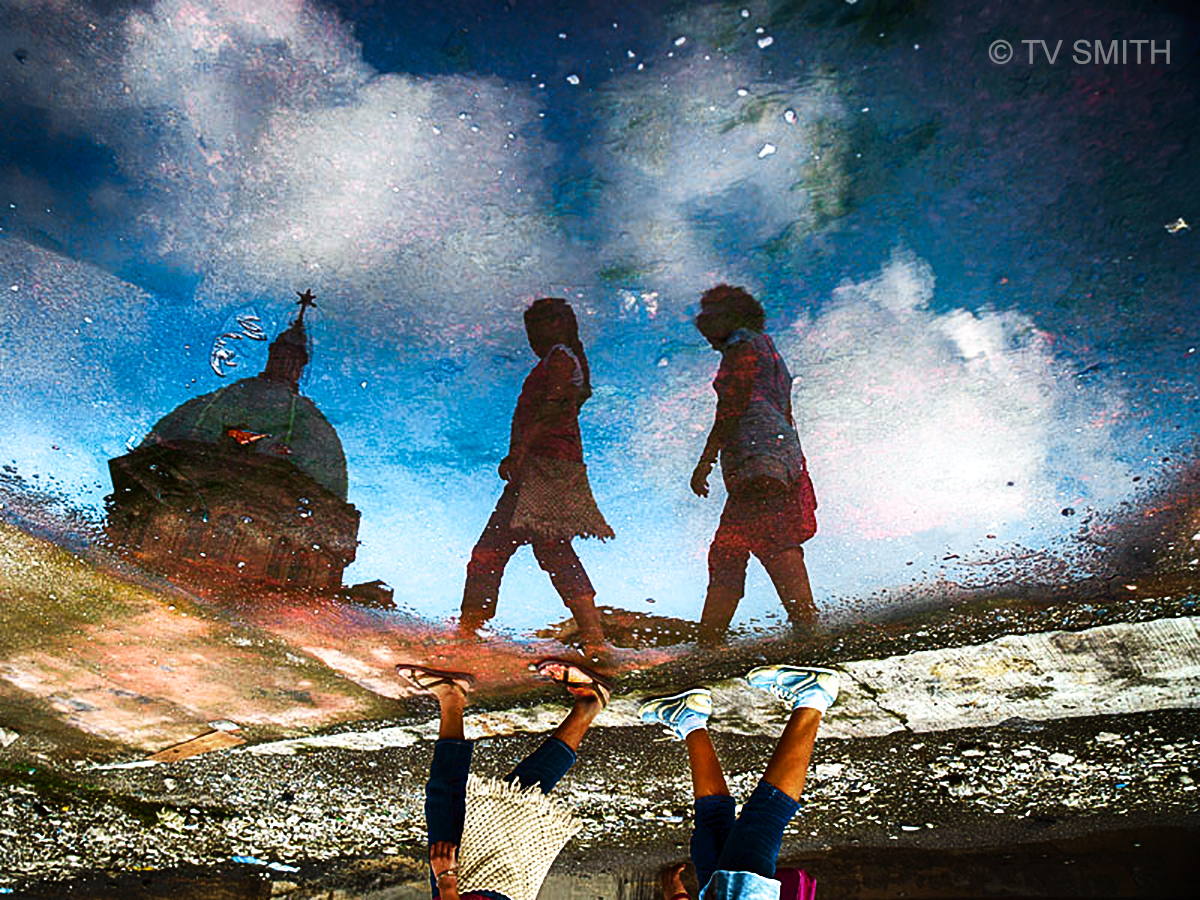 I walked around the building for inspirations.

See here for over 1000 hotels in Manila.

Saw a big puddle of rainwater and waited for church goers to come by. I captured their reflections and that of the church in the water.

Included part of their feet to screw with the viewer’s mind. I then inverted (vertically flipped ) the picture. In theory, you can also hold the camera upside down.

Built in 1571, Cathedral Basílica Metropolitana de Manila suffered through earthquakes and bombings. The current version was re-built in 1958. 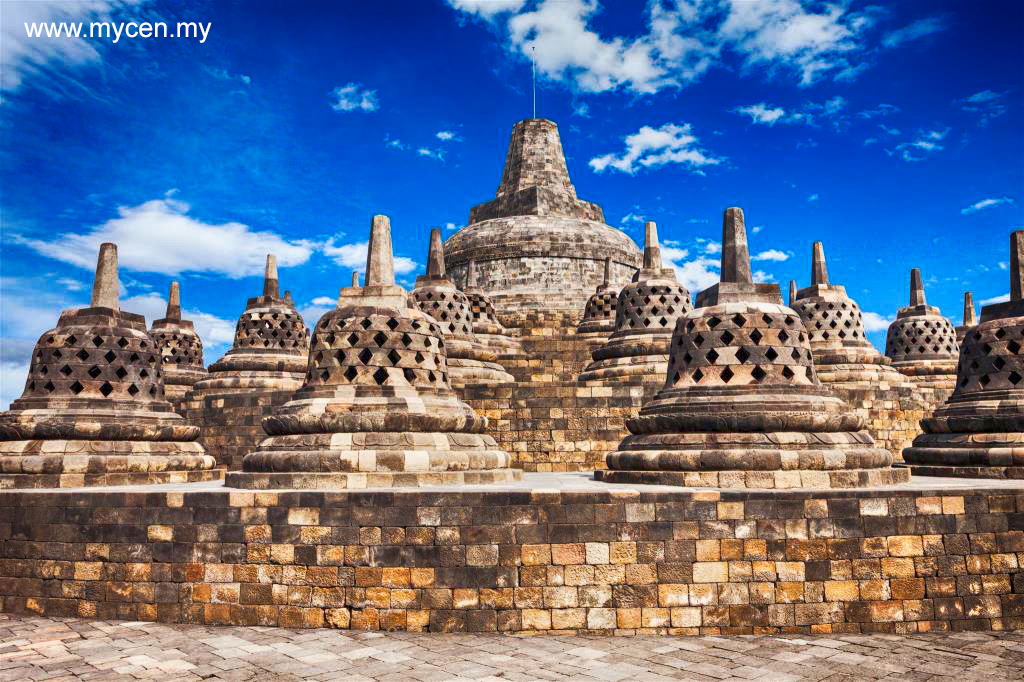 I was about to write a feature on Borobudur in Indonesia. The 9th-century Mahayana Buddhist temple ruins with stupas and statues in Magelang, Central Java, is the world’s largest Buddhist temple, and also considered one of the greatest Buddhist monuments in the world. With the historical landmark so near, I can see from my social media timeline, many Malaysians visiting the UNESCO World Heritage site, probably as a bucket list destination.

By a happy coincidence, I gained a recent Instagram follower named @sarasvati_borobudur_hotel. I contacted them and found out the account is run by the management of the hotel. A nice person by the name of Emir responded and a helpful Bambang sent me pics to feature. Touted as a boutique hotel with colonial design, Saraswati Borobudur Hotel offers free wi-fi, an outdoor pool and a restaurant. It also provides bicycle rental and Javanese arts classes. More importantly, it is a short walk or bicycle ride from Candi Borobudur. (see map at MyCen Hotels). I asked Emir if Saraswati is spelled with a V or W. He said they were registered as Saraswati but are in the process of changing to Sarasvati.

Check for low room rates and availability of the Saraswati Borobudur by Agoda or by Booking.com

See the special page on Saraswati Borobudur Hotel for more pics, and to book at http://www.mycen.my/borobudur/ 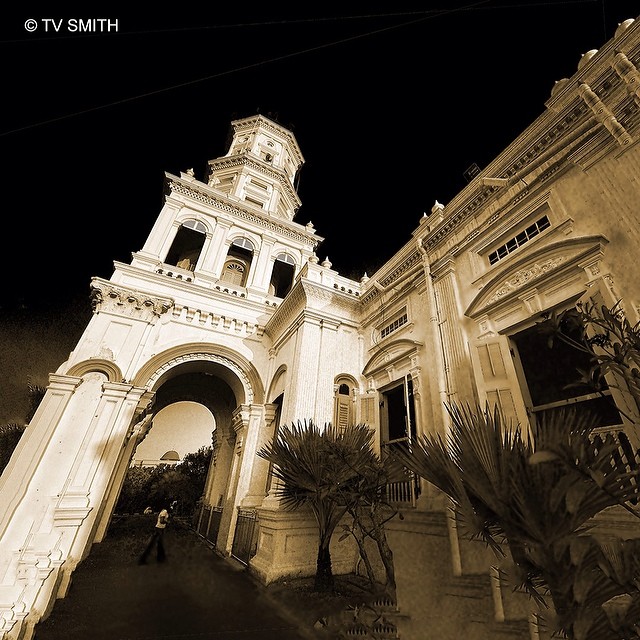 Another very beautiful Johor Bahru landmark is the Sultan Abu Bakar State Mosque. Constructed in 1892, the architectural design incorporates Victorian elements in line with the Anglophile sentiments of then Johor ruler, Sultan Ibrahim ibni Sultan Abu Bakar. It is truly majestic photographed early in the morning when the sun lights up the minarets elliptically. 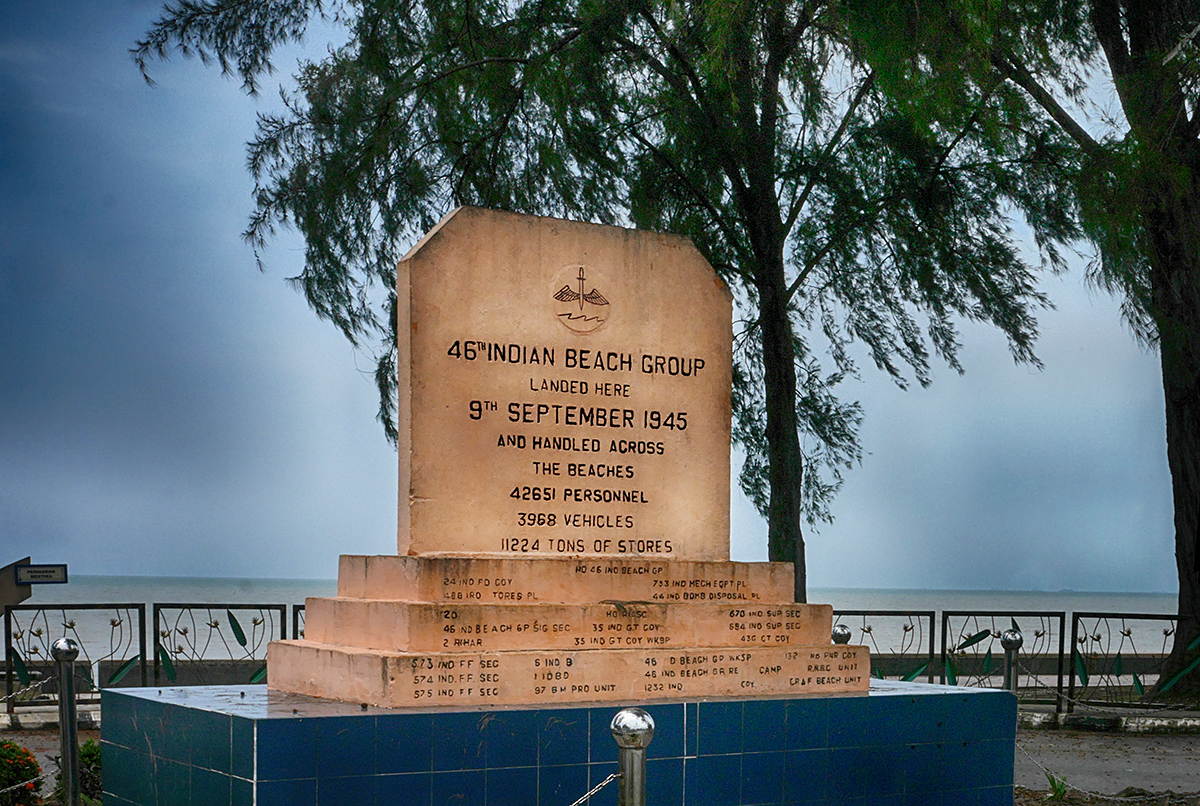 A marker or stone was erected in 2015 to commemorate the 70th year anniversary of the landing of the British Indian Army. The landing of the 46th Indian Beach Group on 9 Sept 1945 took place here in Morib beach. The memorial stands silently in a shower of thorny conifer-like cones or seeds from the Casuarina or Rhu trees.

There were 42,651 personnel, 3,968 vehicles and 11,224 tons of stores, says this stone marker. Like many historical landmarks in Malaysia, little other information is provided on site, except to deepen the mystery, leaving the visitor grasping for more.

Current generation know so little about our shared military history with Britain, Australia and India. The Indians, including many Sikhs, came to our shores to help repel the invasion by the tanks of the invading Japanese Imperial Army. Many foreigners fought for us, defending our land and died gallantly in battle.

Am honoured to stand before this World War 2 memorial paying tribute to the many brave foreign soldiers who sacrificed their lives. 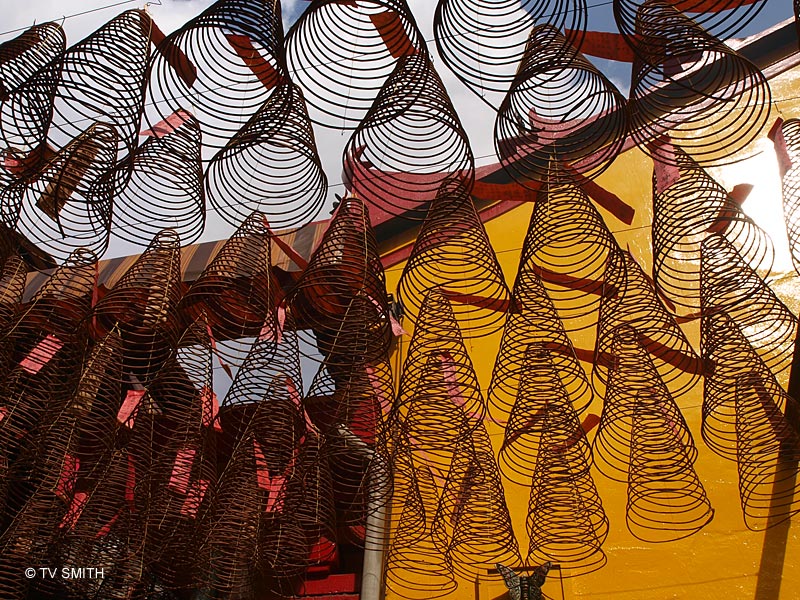 It was the Thean Hou Temple in Cholon Chinatown, Saigon I photographed and its history dates back to 1778. Loved the spiral incense coils inside the temple.

It was a bittersweet experience when I met an elderly and kindly local Chinese man outside the temple. We conversed in Cantonese. Finding out that I am from Malaysia, he asked me whether the Chinese are treated fairly. Surprised by the question, I didn’t really know how to reply to it and I told him: “We will survive, just like how your community did in Vietnam” He smiled and nodded his head in agreement. Coincidentally, an old Chinese man in Jakarta asked me the same thing. So did a Chinese man in Manila Chinatown.

For a lone traveler, it was a comforting yet an awkward experience meeting a concerned member of the far flung diaspora.