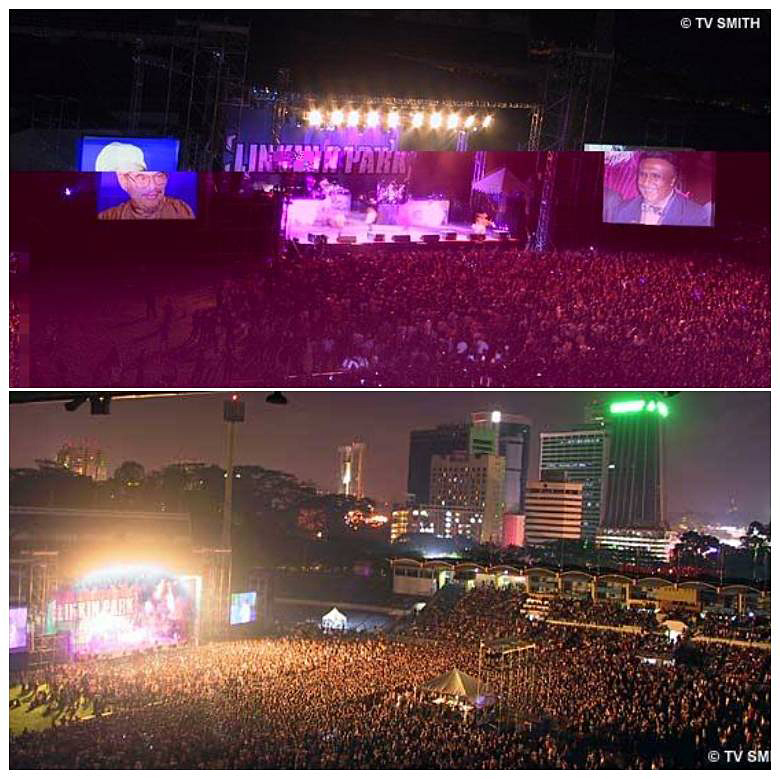 I am like a newspaper. When something major happens, I tell myself. Wait a minute, I have some pictures of Linkin Park somewhere. Problem is finding them from my blogs.

It was October 2003, Stadium Merdeka. I saw the concert with first time concert goer Florence Wan. Maybe she can remember the setlist?

I wrote:
“Last night’s Linkin Park concert was closely watched by a man in a serban and another in a bow-tie. The rap-rockers, the concert-goers and their minders behaved as the strict rules dictated. Nevertheless, Linkin Park rocked the stadium and even chanted ‘Malaysia Boleh!’ to the delight of the energetic, multi-racial crowd. Some opponents of the concert may not have realised that some half a century ago, at the very same venue, modern Malaysia was born. Our founding forefathers, gathered there, intended a place for every one under the colourful Malaysian sun. Somewhere we belong”

Bow tie man was the then Tourism Minister and the man in serban was part of PAS energetic protesters and that was 14 years ago. Three years later in 2006, I saw them again at the Bukit Kiara Equestrian Indoor Arena, They were not the headliners. I met Sharon Lam there.