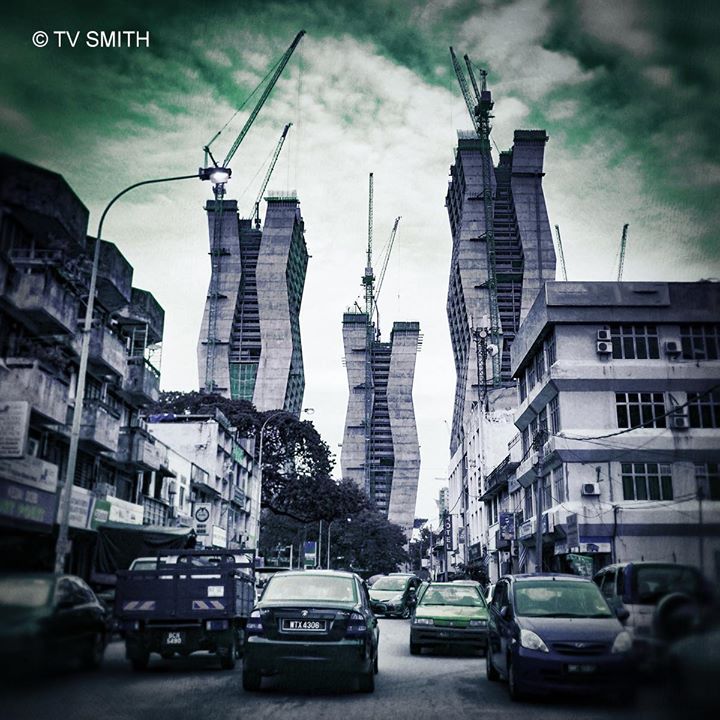 I like this road in an old part of the city. It is chaotic, cars go against traffic in the one-way street, and the twisty buildings are dizzying. It has character. 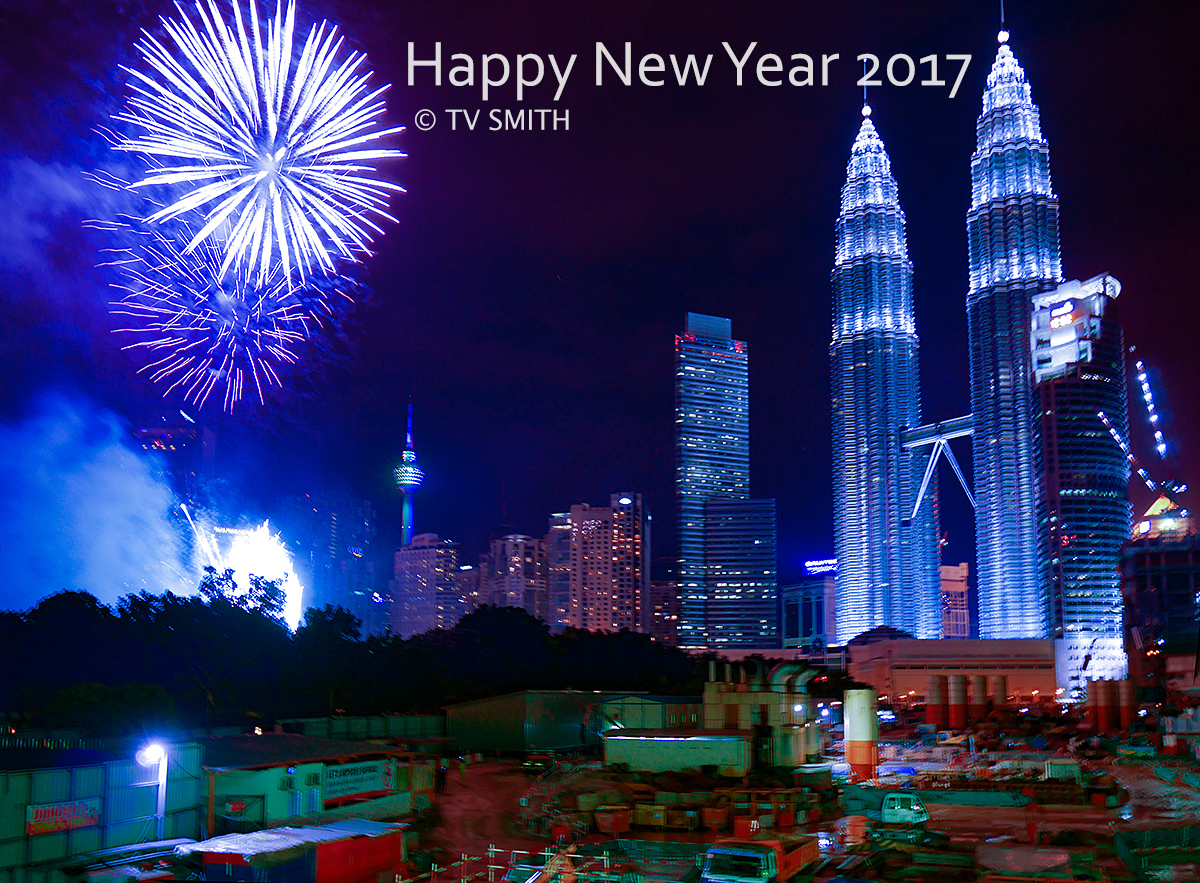 Among them were American Chris Raborn, fellow Malaysian Kok Han Low and Indonesian Pantjoro Prakosa, to name a few. Delighted to make your acquaintance.

Will be sending this as a hand crafted, personal greeting card to valued friends tomorrow onwards. With the recent Christmas card experience in mind, please do not reply with a flashing gif that can trigger an epileptic fit. A simple text reply is good enough. Thank you.

This was the last time we stood on the multi-storey car park which is now closed. It has sacrificed itself for a good cause. I think it will save Ampang Park from demolition and become the location for the new MRT station. 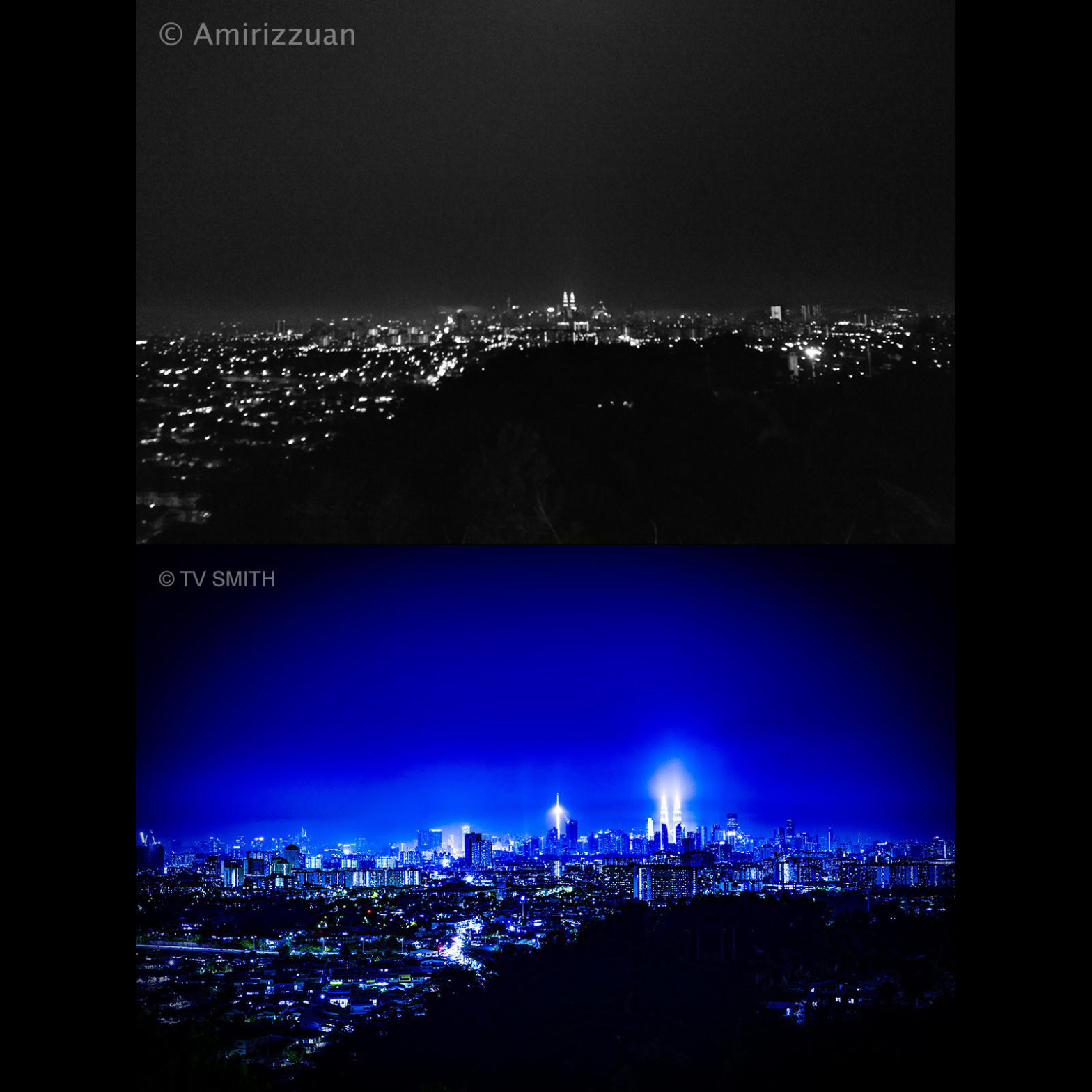 My intrepid friend Mohamad Amirizzuan Ramli (@amirizzuan on Instagram) was lamenting about how poor a shot he got with his phone. It wasn’t too bad, actually. He was at the Ampang Lookout Point on top of Bukit Ampang. My shot from the same location, on a different night, is shown on the lower half of the pic.

He noted that he wished he carried a spare camera as I do. The problem wasn’t just the limitations of a phone. The phone camera’s auto exposure algo probably saw it as a night scene and kept the blacks black while maintaining the highlights.

Also if you notice carefully, there is camera shake (visible when magnified) that degraded the overall quality of his picture somewhat. Always take note of the shutter speed if it is shown. You may need a tripod or some sort of stabilisation below 1/60th of a second. Hand holding can cause camera shake resulting in blurriness. Try putting your elbows on top of a car with its engine switched off.

The key is manual control and many phones nowadays can now do that. Without understanding the principles and dynamics, a spare or another camera won\t necessarily produce a better picture.

The thing to remember is part of the atmosphere of a night shot is created by the ambience. This can be the city’s light pollution trapped by cloud cover. Avoid a hazy night, though.

Yes, don’t go to the lookout point when it is already pitch black. Go before 9pm or earlier and the camera ought to be able to see lingering light from the earlier sunset. A tripod and manual exposure helps. Play with the white balance setting too. 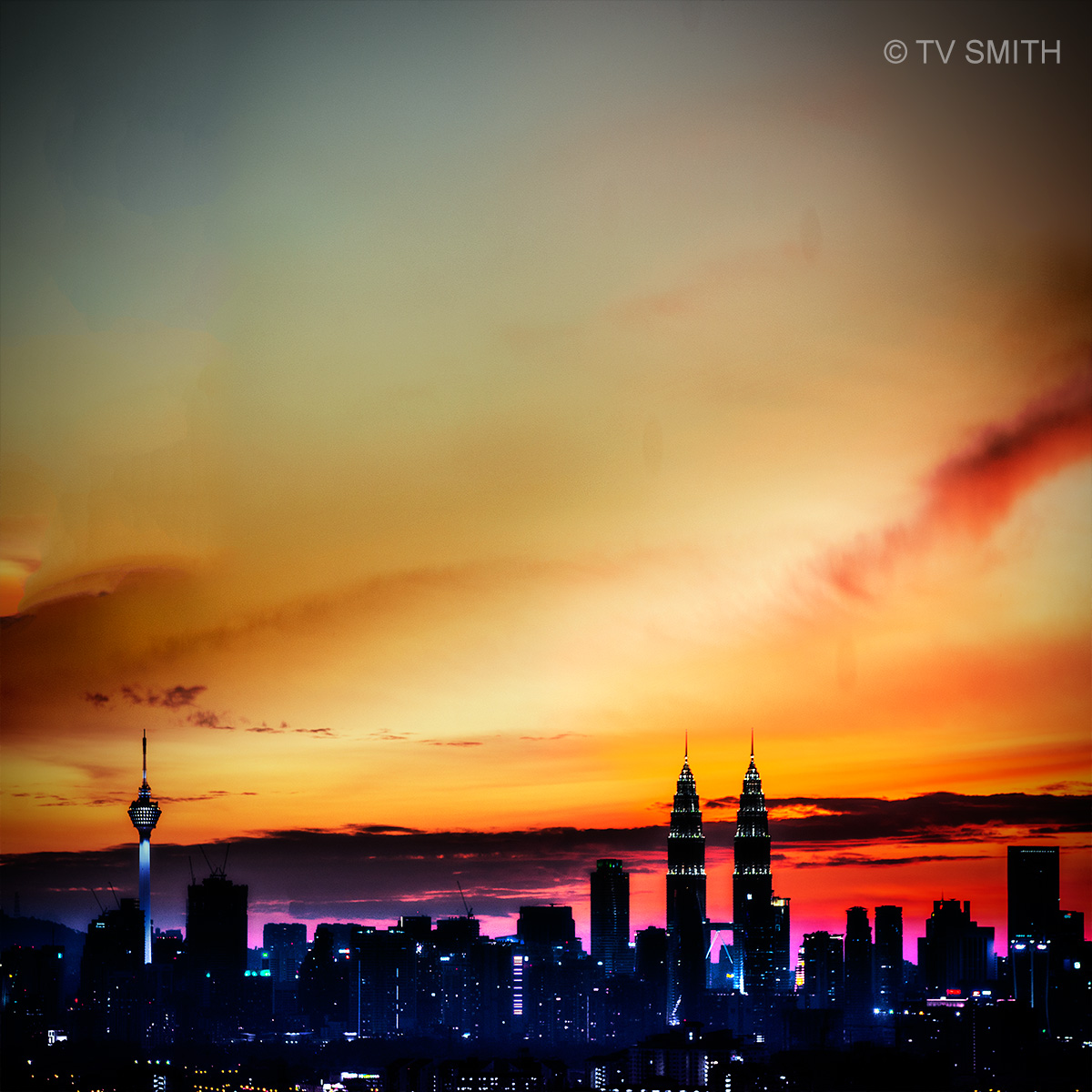 Nice coincidence that the song was playing on my car radio when I was shooting this. And it was a Saturday night. 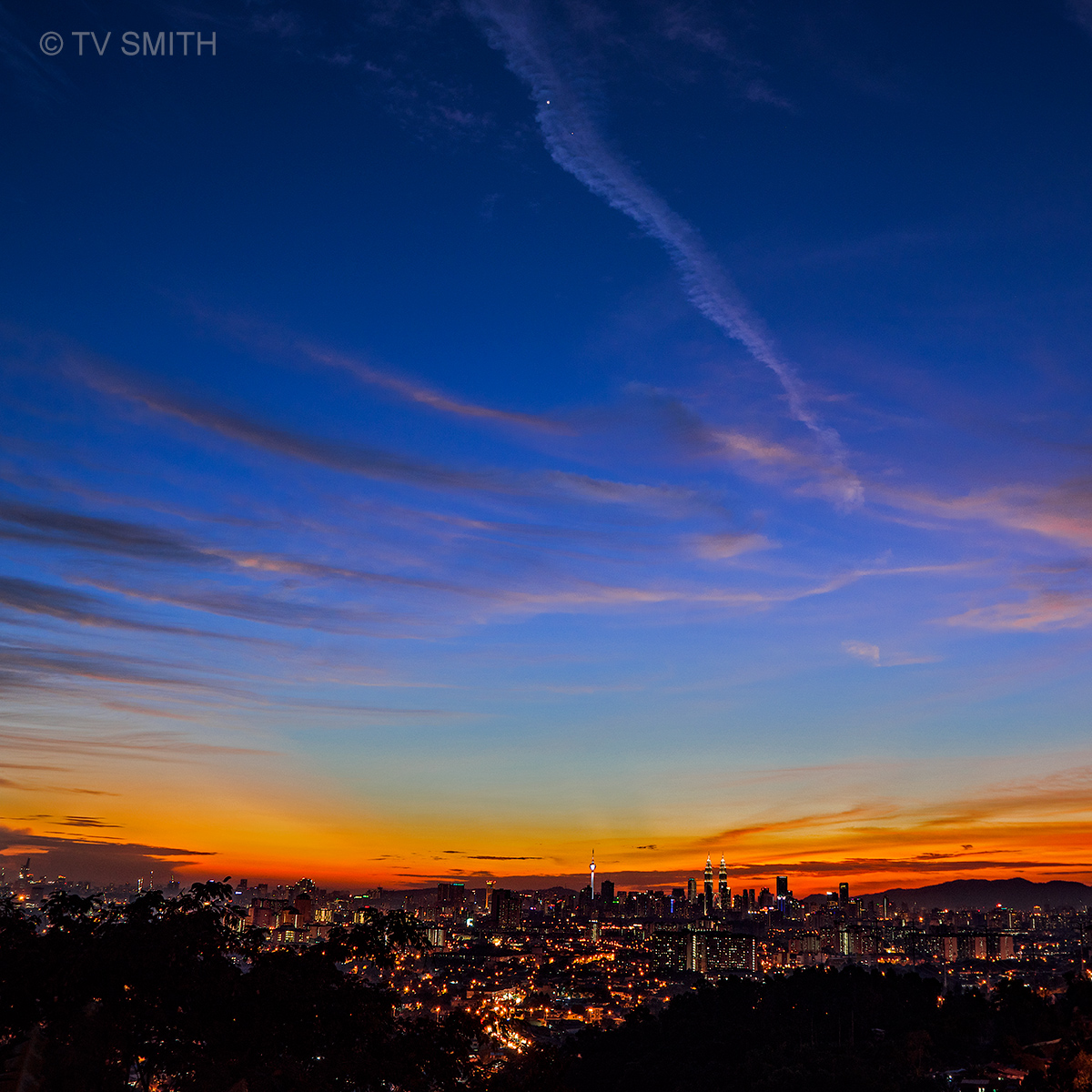 Lyrics from The Journey as sung by Lea Salonga.

All good things must come to an end. The planets Venus and Jupiter are going separate ways in their celestial journey but will meet again on August 27 next year (2016).

I was lucky to see the sun, the earth and the sky bidding them farewell with a spectacular sunset today. You can see both planets in the jet contrail in the upper center. Jupiter is now lower and less bright.

Goodbye and see you together again, next year.